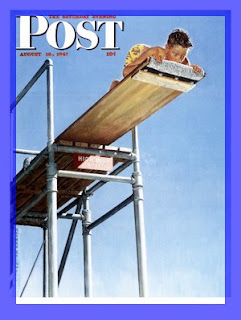 I was born in Birmingham, Alabama, at Eastlake Hospital.  At age 7, my family moved to Trussville, Alabama, where we lived for the next four years, and then we moved to Childersburg, Alabama.  Four years later, we moved to Palatka, Florida.

Underlying the moves was Daddy’s employment history.  After WWII and service in the South Pacific as Chief Sonar Mate on board a number of submarines, he returned to Birmingham where he worked as an electrician in the same steel mill that had claimed his father in an accident.  Then, Daddy, with a partner, opened a business near Trussville.  When the business failed, we moved to Childersburg where Daddy began his career in the paper mill industry, first as an electrician and then as the head of a new department, Maintenance Planning.  An unbelievable job offer making him head of the new Maintenance Planning department at Hudson Pulp and Paper, took us to Palatka, Florida.
By the time I graduated from Palatka Senior High School at age eighteen, I had attended four schools, five churches, and been a member of a Cub Scout Pack and a Boy Scout Troop.  I estimate, I had met more than four thousand people.  Of them, only one was black:  our housekeeper, babysitter, Louise, who loved me with an unconditional love that I returned in kind.
You might be wondering, what that has got to do with swimming pools, I’ll explain.  While in Childersburg I learned to swim at the municipal pool.  The following year at the same pool, I completed a Red Cross lifesaving course.  After I learned to swim, I was allowed to go to the pool on my own, every summer day.   I spent a lot of time at the Childersburg Alabama Municipal Swimming pool, and I loved every minute, with the exception of the moments during the life saving course when I almost drowned. 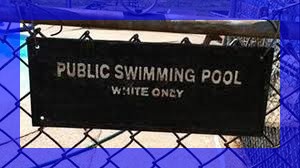 That was sixty years ago.  Now I pass through Childersburg on business three or four times a year.  When I drive past the swimming pool, I always get choked up, not because of the memories I have stored away regarding the pool, but because the pool isn’t there anymore.  The city fathers destroyed the pool rather than integrate it.  They filled the gaping hole created by their ignorance, and planted grass to mark the spot.  The men who followed in their footsteps must be cut from the same cloth, because they’ve never seen fit to build a new swimming pool.

Childersburg, Alabama isn’t the only southern city that once had a municipal swimming pool and doesn’t have one today.  I’m not the only old white guy who grew up in the south without ever having the good fortune to know, play with, or go to the swimming pool with black kids.  But, frankly, I don’t care about any of the others, I just want to know who in the hell thought it was a good idea to rate people according to their skin color or gender.  Armed with that knowledge I’d demand an explanation for their stupidity.

I’m never going to know who thought that, so I’ve formulated a couple of new questions.
I want to know why I tolerated it, and second, what I could have done to ease the pain and suffering that racism, bigotry and hatred has generated on our planet, besides alienating my family, walking out of the last Baptist Church I was a member of in the middle of a sermon that justified racism, and gotten my butt whipped by three rednecks in a Texas bar when I protested their racist remarks.  Surely there’s more I could have done.  There must be something left for me to do besides crying when I drive by the place where I learned to swim and save lives.  Whatever it is, I’ll do it.

Tomorrow Number 16 in the Norman Rockwell inspired blog series.  I call it The Storyteller and I’ll illustrate it with this Rockwell painting. 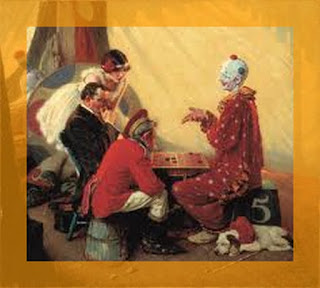