If Grisham writes a dud, his earning will immediately reflect his poor performance.  Greinke, on the other hand, can have the most horrible season any pitcher has ever had in the entire history of baseball and he will still make $21,000,000.00

At this moment, after accumulating more than 400 agent and publisher rejections, I've realized that I've been looking in the wrong place for an agent.  So I'm going a new route, and I recommend it to you.  Here's why.

I don't know John Grisham or Zack Greinke.  However, I'm an Atlanta Braves fan, and I feel like I know B.J. Upton, 27, the Braves center fielder, who was acquired during the off season in a 5 year deal that pays him over $13,000,000 per year, making him the 57th highest paid baseball player.

Based on that, and hundreds of other sports deals, I have determined that sports agents have it all over literary agents.  The critical difference between Grisham and B.J. Upton is not batting average, age, or even  their individuals sport (writing vs baseball).  The difference is the genre of their agents.

Sports agents like Larry Reynolds of Reynolds Sports Management, know how to sell a client.  Obviously sports agents are who authors should be signing with.  So I've decided to stop looking for a literary agent and sign an agreement with Larry.

This coming week I plan to send him a copy of my book, Fourth and Forever, and my sixty-year-old Little League Baseball stats.  I know that will  seal the deal, and I should finalize a contract, during the off season. 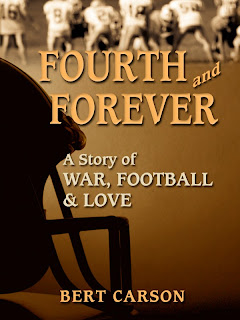