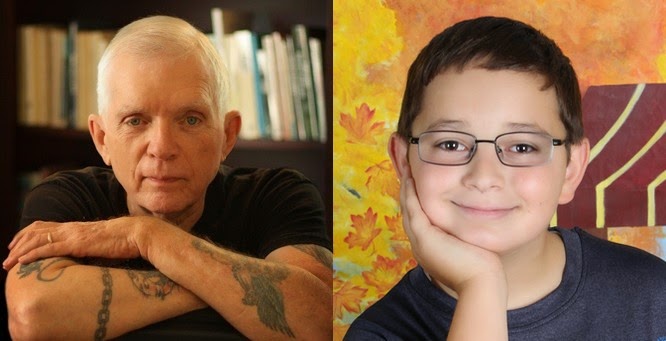 We've been absent for four months but we haven't been idle.  The last chapter we recorded and posted was Chapter Fifteen. However, though our schedules were too hectic to allow recording, we have continued to write, completing thirty chapters.

Now, with some free time, we are back in the recording studio so you can begin the new year catching up with the boys.

Before you listen to Chapter 16, you might want to read the last few paragraphs of Chapter Fifteen: Here they are:

The girl grasped my arm again, “Grandfather was bitten by a diamond back while we were gathering herbs. I got him in the truck and he told me to get him back to the reservation but I’ve only driven on dirt roads near our house…” she sobbed one time, shook her head and stared into my eyes with an intensity I’ve not seen this side of Vietnam and then she said, “I know that his spirit has left his body but I know you can call it back.”
I don’t know how to describe what happened next, at least I don’t know how to explain it to someone who is caught up in the world of human logic, but maybe you aren’t one of those people, so I’m going to tell you what happened next.
I laid my left hand on her right hand which was still clamped onto my wrist and said, “We are going to call him back Miss. You sit here and don’t cry or say anything. Okay?”
She nodded her agreement and released my arm. I straightened and stepped toward the front of the pickup. That’s when I realized I was watching all of this unfold like a member of the audience watching a play. I could see myself doing whatever it was that I was doing and I could hear my words but the words I was saying were from a script that if I ever knew I’d forgotten.
As I rounded the front of the pickup I thought, Bird, I need you.
As I opened the passenger door of the pickup I heard Bird leap from Miss Agnes and hit the ground running toward me. I unstrapped the seat harness and slid my right arm under the old man’s legs as I worked my left arm around his shoulders.
As I began lifting and sliding him out, I felt Bird beside me and heard him say, “ John, I’m here.”
The old man was surprisingly light, almost weightless. We moved him about ten feet away from the truck and laid him on his back in the grass beside the shoulder of the highway.
Like we had done this some other time in a place I’d almost forgotten, I saw myself kneel on on the old man’s right side as Bird knelt on his left. I slid my left hand under his head and Bird leaned over and cupped my left land hand in his right. Then, I saw us raise our heads, lock gazes, then reach across the old man’s lifeless body and grasp our free hands together forming a circle.
It seems that I saw a bright flash but I can’t be sure because that’s when I tumbled from my elevated audience seat and found myself sitting on my butt by the old man. I must have sat there for a few seconds getting my senses back in place. Finally I raised my head, turned and saw that the old man, who had been dead a moment before, was now sitting up. He smiled at me and then touched my army gently as he said, “I knew you would come when I needed you.”
Before I could respond he turned toward Bird and said, “And I knew you would be with him.”
Bird opened his mouth to speak but the old man continued before he could say a word. “What is your name?”
Bird hesitated, then said, “My name is Bird.”
The old man chuckled, twisted around and placed both his hands on Bird’s shoulders. “You are no longer Bird. You are are now Dakeya.”
He stopped talking and for a moment the only sound was the rush of a wind that sprang up from nowhere.
“Dakeya, what does it mean?” Bird asked.


Before the old man could speak, the girl called out from the truck, “Dakeya means Great Hawk. 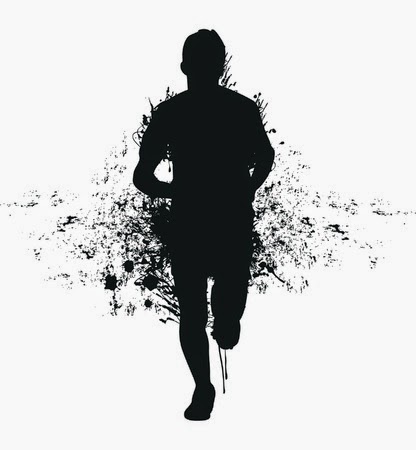 I haven't achieved my annual mileage goal of twelve hundred miles in a number of years.  In my 34 runs, I had accumulated only 186.6 miles.  I was almost 250 miles behind.

Seventy-four runs and two hundred fifty miles behind.  There have been years when I would have looked at numbers like that and retired my goal of twelve hundred miles with the less than inspiring thought, I'll do it next year.

I didn't do that this year, nor did I kid myself and say I could catch up.  I did something else.  I made a commitment to run every day from that day forward.  I knew that at some point the day job schedule would grab me.  I knew that there would be days when it rained, hell, days when it stormed.  I even suspected, on May 12th, that there would be some cold days before the year was over, though that's hard to imagine in Alabama in the spring.

What happened after I made the commitment surprised me.  I had the longest unbroken steak of running in my thirty-six years as a runner.  For five months I didn't miss a single scheduled run, not one, even though there was more than one that I only ran my minimum of two miles and there were a few days that I was so slow I needed a calendar instead of a watch to time them.  And yes, there were a few that involved what we call "frog strangler" storms, and there were some that took place on nights when the temperature was in the low twenties.

Yes, I did miss a few runs in October and November.  On those days I thought of Vince Lombardi saying, "The only way I can reconcile a loss is if I know that if we had played long enough we would have won," and I was reconciled to the knowledge that if there had been one or two more hours tacked on to those "missed days," I would have run.

Then, early in December a funny thing happened.  I looked at my miles, counted the running days left in the month, did some calculations and realized that if I ran "the big loop" (7.4 miles) every day for the rest of the month, I would, despite my pitiful start, run twelve hundred miles this year.

I know, a lot of people will run many more miles in 2014 than that.  And I know that had I made my commitment earlier in the year my total would have been well over 2,000 miles.  But what I could have done and what other people did do have nothing to do with what happened, so I'm not concerned about either of those things.

Make a commitment.  Keep it.

A year ago I posted a blog called That Has Made All The Difference.  Two days ago, my friend, Caleb Pirtle, asked to re-post it on Venture Galleries.  Of course I said yes.  He re-titled the post calling it Fork in the Road.

Tomorrow (Dec 30th) is Caleb's birthday and I happen to know he is going to celebrate (in part) with his version of the blog.  Check it out on Venture Galleries.

In honor of Caleb's fifty something birthday, here's my retake on "That Has Made All The Difference."  I call this version, "Take It."

The great philosopher, Yogi Berra, once said, "When you come to a fork in the road, take it."

When you come to a fork in the road take it - Obvious?  Well yes, it's obvious.  Does it happen?  Far less than we like to believe.

In most cases, when we come to a head-scratching fork in the road, two things happen.

Then the second thing happens.  One of the forks sucks us out of our reverie and moves us along its path.

When the fork in our road decides our direction, it is seldom the one that is the best choice.  In fact, it is never the one that would be our best choice had we actually made the decision.

Indecision, terminated by circumstance, is not the way to go if personal satisfaction is anywhere on your list of personal objectives.

The next time you come to a fork in the road, choose with your heart, accept your choice and take the fork you know is yours to take.  Above all else, do it quickly before you're sucked down the wrong path.