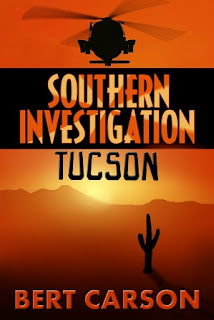 And, Captain Romero Cruz, on loan from the Mexican Federal Police, and my friend, Author Russell Blake.

You will also meet the all female crew of an Air Force C-130, call sign, The Hillbillies, on loan from the U.S.A.F.  Here's their actual photo: 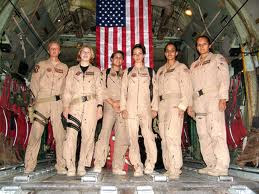 David didn't check the map again. He knew exactly where he was heading. He followed a faint trail through the scrub for more than a mile and at a small grove of juniper he swerved off the trail and was quickly lost in the small group of trees. He paused and slowly turned three hundred and sixty degrees, listening and watching. When nothing unusual caught his attention, he slid behind two trees where he had a good field of vision of the trail, yet was almost invisible from any point more than thirty feet away.
A half hour later all daylight disappeared and the landscape was lost in inky blackness, but David could see and he was watching and listening. He remained motionless for twelve hours. He heard the small creatures of the high desert as they foraged, hunted, and died. He watched the light of a new day slowly reclaim the land and finally he moved. He stood slowly, painfully.
I'm getting way too old for this, way too old.
Finally he took two jerky steps toward the trail. At that moment two men, moving at double-time, rounded the corner a quarter mile south of his position. He froze but he knew they saw him. Shit, not again. NOT AGAIN!
The magnitude of that thought almost prompted him to run, to break into a wild scramble for safety. But his old training kicked in. He evaluated his situation: I'm alone and unarmed. They are well-armed, moving toward me. I'm standing still, stove up after twelve hours of not moving. My only option is to bluff.
The next few minutes were chaos. Green, a former Army LURP team leader, stood absolutely still after placing his hands on his head. It was a familiar position, one he once required suspected Viet Cong to assume.
The two men who surprised him, joined by another who David believed to be their leader, danced around him, brandishing AK-47s–a drug cartel weapon of choice. They screamed at him in Spanish, which he mostly understood but pretended he didn't.
His training and experience was dated, however David knew how to handle hostage situations, though he would have preferred being the captor. The first two men David saw were presenting a powerful case for killing him and hiding his body somewhere off the trail. The leader listened to their arguments but it was clear he wasn't moved by them – at least David hoped he wasn't moved.
The discussion ended when three more men, followed by a group of men and women who appeared to be Mexican peasants, came into view. The leader of the trio gave a sharp command and the two point men shut up. He turned toward the new arrivals and called out, “Carlos!”
A tall, slender unarmed man detached himself from the group, which had come to a halt on the trail. He approached David and his three captors.
David took a long look at Carlos and got the impression he was looking at a fellow captive.
Still speaking Spanish, the leader said, "Carlos, it appears we've been discovered by a nosy gringo hiker. I do not want to leave his body here but I want him dead. Leave two of your men here with him and when you come back through, take him with you. Kill him in the desert, far away from the border. Do you understand?"
Carlos started to protest, looked at the man and thought better of it. "Si, I will do as you say."
The leader growled. "You had better. Your life and the lives of your entire family hang on it."
___________________________________

email me at bertcarson@earthlink.net and I'll get back to you the day it is published.