Good Books - Bad Books - What Are You Looking For?

Thanks to advances in digital publishing, there are more authors now than ever before in history, and still I'm searching for a good book to read... or at least I was until two days ago.

That's when I decided to try a Jack Reacher novel for a reason that isn't obvious.  I've become a Kindle/Whispersync for Voice fan.  If you aren't familiar with that, it means that on some Kindle books, I can buy an audible version that will remain synced with the Kindle version - in other words, while I'm driving to my day job, I can listen to a book on my Audible phone app, and when I arrive, close the app, and my progress will be synced to the Kindle version, so that when I open my Kindle, it's at the spot where I stopped listening to the audible version.  Now that's a technological advance I can live with.

In browsing for a Kindle book with whispersync for voice, I stumbled on Jack Reacher, bought book one in Kindle format and added the audible version.  Jack Reacher, like Harry Bosch, Joe Pike, and Elvis Cole, is entertaining, but I have to admit, none of them represent characters from great literature.  As I was thinking that  listening to Reacher, I had a revelation.  Though Lee Child, in nothing I've read about him or his character, Jack Reacher, admits it, there is a striking similarity between Jack Reacher and Matt Helm, the character created by Donald Hamilton in the seventies.

There are twenty-seven novels in the Matt Helms series.  They were published over a period of three decades beginning in 1960.  I began reading them in 1960, the year I graduated from high school, and I haven't stopped.  Now Titian, Hamilton's publisher, is republishing all of them in ebook format, and I'm rereading them because, you guessed it, they are good books.  In fact, they are far more than good books, they are great books, well written, funny, timeless, and addictive.

"I'd stopped in the middle of the room.  For a moment, all the cocktail-party sounds had faded completely from my consciousness.  I was looking at Tina.  There was nothing in the world except the two of us, and I was back in a time when our world had been young and savage and alive, instead of being old and civilized and dead.  For a moment it was as if I, myself, had been dead for fifteen years, and somebody had opened the lid of the coffin and let in light and air."

That is fine writing, literature actually, and it's exactly how I felt when I opened the old book on my new Kindle.  I haven't been dead for fifteen years, but, I have been living in the land of marketing books and only on rare occasions visiting the world of good writing, without which there is no need to market one's writing.

There are three things a person must do in order to become a good writer.  In order of importance, they are:

I'm delighted with today's ease of publishing.  I'm appalled that it has spawned a generation of writers who obviously have never read a good book, nor do they know a damn thing about writing one.  All they know is how to create flashy covers, inundate social media web sites with offers, and wait for monthly checks. The swamp of unreadable tripe we've produced will, at the very least, alienate more than a few of our potential readers, but that isn't the biggest issue.  Readers will find good writers, even if they have to wade through thousands and thousands of miles of swamps.

The problem is, we, writers, aren't learning our craft.  We aren't reading and writing - we are marketing.  I know we have to market, but if we aren't practicing our art and reading the work of those who have, what do we have to market? 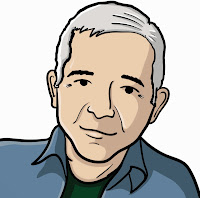 The Fussy Librarian - For Readers and Writers

By Bert Carson
The Fussy Librarian is a new service for authors promoting their work and for readers searching for a good read.

The Fussy Librarian is like a matchmaking service.  You type in your email, tell them what kind of books you like to read and how you feel about profanity, violence and sex in novels.  Then a daily email comes with your book recommendations.

They are featuring my book, Fourth and Forever, on October 22nd.  They are very supportive of authors like me and I'd appreciate it if you'd support them.

I Have A Dream 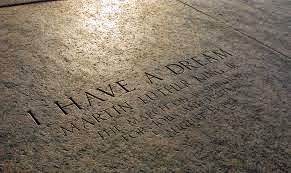 by Bert Carson
Martin Luther King, Jr. said, "I have a dream..." and then he lived it.  We all have dreams.  For reasons we feel we cannot overcome, few of us live them.

However, and this is a good thing for all of us, there are some of us who never lose sight of their dreams.  No matter how convincing the reasons are for them to hang up their dreams, they hang onto them instead.  And then one day, they stand up and move away from mediocrity, toward their dream.

David Thoreau expressed that moment in these well known words:  "...if one advances confidently in the direction of his dreams, and endeavors to live the life he has imagined, he will meet with a success unexpected in common hours..."

To Thoreau's words, I would add:  "And without intending to, he will lift all those around him and give them new power to once again advance toward their dream."

Thanks, for sharing your life with me.

Eva Cassidy - "Quite Simply the Most Beautiful Song..." 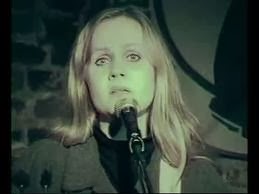 Stephen said, "As the leaves change, I always think of her rendition of Autumn Leaves.  It is quite simply the most beautiful song I ever heard anyone perform."

That's high praise from the man who introduced me to the amazing world of Jimmy Webb with little more than, "He's a pretty good songwriter."

I knew when I listened to Eva I wanted to share her and her rendition of  Autumn Leaves with you.  There are a number of versions of the clip on YouTube - I selected this one because of the additional info about Eva, which the creator of the clip added at the end of the song.  Enjoy.


Obviously this post is about Eva Cassidy and Autumn Leaves, but it's about more than that–much more.  This is about the worldwide web and all of the amazing friends it has brought to me.

I started to list a few of them and immediately found the task overwhelming.  I'm not talking about my 12,000 followers on Twitter.  I'm talking about the group of people I've met on the internet that I now consider close friends.  I'm talking about people who are closer to me than my neighbors and closer than most of my business associates.  A group of friends who, in the U.S., are scattered from Minnesota to Texas, and from California to Vermont.  And then there's the international bunch, from sexy Emma (France and the U.K.), to cosmopolitan Frederick (Switzerland), to Russell the bandito (Mexico), to romantic Ryan (Israel), and, of course, to you.

There are a lot of things wrong with the cyber world. However, the connection with real people you'd have most likely never met otherwise isn't one of them.

Thanks, for sharing your life with me.

Joy or Satisfaction or Something Else? 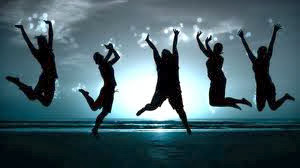 Oh, somewhere in this favoured land the sun is shining bright, The band is playing somewhere, and somewhere hearts are light; And somewhere men are laughing, and somewhere children shout, But there is no joy in Mudville—mighty Casey has struck out.

from Casey at the Bat - by Ernest Lawrence Thayer

I've been thinking about this post for more than a week–maybe even two weeks.  I wanted to make sure I got it right so I haven't rushed it.  It's fitting that I opened with the final verse from "Casey at the Bat," since I am blocking this out while watching The Detroit Tigers play the Boston Red Sox in game two of the American League Championship Series.

That happened an hour or so ago, and I'm sure  by now, the emotion that some Bostonian's mistakenly labeled joy, is gone.  Not because the series is tied and will continue Tuesday in Detroit but because joy cannot be derived from winning or getting even or bettering someone.  At best, the emotion we experience when that happens is satisfaction, which is both fleeting and unsatisfying. 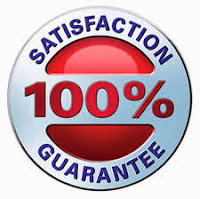 Think of it this way: Satisfaction is ego based and by its very nature temporary.  When I searched for images of satisfaction, I found that at least 80%  were statements like this: Satisfaction guaranteed or 100% guaranteed.  If you think about it, you'll realized that is pretty much a meaningless statement.  It might be better to guarantee one would not be dissatisfied.  Satisfaction or dissatisfaction can only be defined by the one who experiences it, and usually by the time it's defined, it's long gone.

Joy, on the other hand, cannot be given, earned or guaranteed.  It's ours when we release our attachment to control, dominate, win, be right, etc.  In that moment of release, joy washes over us and carries us to heights we'd forgotten, in our struggle to hold on to our attachments. 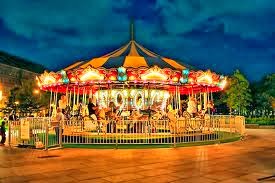 by Bert Carson
Last weekend, while driving to Kentucky on a day job mission, I tuned in the Bob Edwards show and was delighted when I heard he was interviewing one of my favorite song writer/musicians–Jimmy Webb.

Bob and Jimmy are old friends and had a delightful hour reminiscing and occasionally promoting Jimmy's newest album, Still Within The Sound of My Voice.  Back home, I went on line and purchased it and my Jimmy Webb delight continued.  As I listened, I realized that the man has written 90% of my all-time favorite songs.

Included on the album is "Where's The Play Ground Susie," one of many Glen Campbell/Jimmy Webb collaborations that became a hit.  I'll include an old video link to an early version of the song at the end of this post.

The lyrics, like all of Jimmy's lyrics, are profound.  Click on the link for the full song.  Here's the verse that grabs me the hardest.


The carousel has stopped us here
It twirled a time or two and then it dropped us here
And still you're not content with something about me
But what merry-go-round can you ride without me
To take your hand?  How would you stand?


I know that it's a lost love song, but what hit me when I heard it was it applies equally well to the human condition.  We are in this life thing together.  We don't have a clue how we arrived here, or where the next stop will be, but that shouldn't keep us from enjoying the trip.  It seems to me that will never happen as long as there are eight to ten armed conflicts being waged on the planet at any given time.

If we dedicate ourselves first to peace, then to the happiness of everyone on the planet, with the same zeal that we fight and kill, we'd not have to ask, "Where's the playground?"  Every place would be a playground.

(Note - you will have to click on the "watch on YouTube link in the video frame because lawyers are, for the moment, running the world we all live in.)