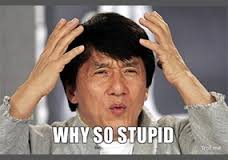 It started raining Saturday night as I dressed to run.  At 10:30, with the rain showing no sign of letting up, I canceled the run.

It rained continually for the next twenty-four hours, and I was going stir crazy.  Finally I thought, it's not cold, just wet, I can handle that... so I put on my running gear and headed out.

A half mile or so from the house, already soaked, but reconciled to my fate, I was moving gingerly around a bunch of deeper puddles when a car pulled up beside me.  Matching my pace, the driver called out, "Going for a run?"

I pulled my attention off the road and turned toward the voice.  It was police officer, there to protect and serve according to the sign on the side of the car.  The first response to his question that crossed my mind was, "No, actually I'm at home watching Sunday Night Football..." However, I thought better of saying that out loud and instead said, "That's right Officer."

I instantly thought of a number of responses to that well thought out piece of advice but had sense enough not to repeat any of them out loud.  Instead I said, "Thanks, Officer."

As he drove out of sight, I figured that at least I didn't have to worry about him hitting me unless he doubled back and slipped up behind me.  And then I thought, this is a perfect example of an ongoing conversation Christina and I have been having the past few days.  The essence of that conversation is, by and large we are running our lives on bad advice and poorly thought out opinions, because that's what we had in our formative years.

What the police officer told me was no different that what your parents, teachers, and other mentors told you at a time when you were too young to know they were being stupid.

The issue is, we didn't know it was stupid, so we've spent a lifetime with their stupidity guiding us, and we'll go to our graves doing it if don't smarten up and take a look at some of the idiocy that has passed for our guiding truths.

Happy hunting and be careful that you don't get hit...you hear? 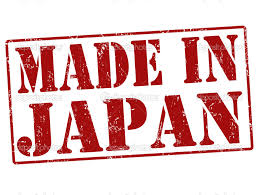 A long, long, time ago, when I was a kid and Alderaan was still a viable, though far away planet, wars raged on earth and in outer space. In outer space, The Empire blew Alderaan to smithereens and the war on earth finally ground to a halt.

On earth, before the war, there were no product labels to advise consumers where a product was made or grown.  On Alderaan no consumers survived.

When Japanese businesses began exporting their manufactured goods they were so poorly made American legislators felt compelled to warn consumers of their shoddy construction.  The method of warning was to require that a label stating the product was "made in Japan" be affixed to all items imported from Japan.

In the sixty or so years since, things have changed.  Now consumers know the Made in Japan label  means quality and often they select items so marked over similar "made in the U.S.A." labeled products.

What caused the shift?  In a word, quality.   In many cases we've traded quality for short term profits.  When given a choice between quarterly earnings and integrity we more often than not go for earnings.

W. Edwards Deming, a quality guru who took his message to Japan after the war, found an open and receptive audience in Japan.  At home many businessmen gave Deming a lot of lip of service but little else.

Today quality is the underlying key to the success of manufacturing and in outer space tiny fragments of what was once the thriving planet of Alderaan are now little more than road hazards in an obscure corner of the universe.

There are a couple of lessons there for all who are willing to find them.

Thank You For Your Service 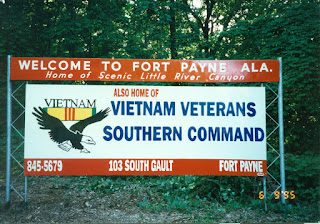 For many years I knew that every Veterans Day there was always one thing I could count on - at some time during the day, no matter where I was, or what I was doing, my phone would ring.  I would answer and then hear her say, "I was just thinking about you and wanted to say, "Thank you for your service."

Therese Godfrey didn't call because I am a veteran.  She called to honor our friendship.  Hell, she knew I only volunteered for Vietnam to find out what the "thousand yard stare" was all about. She also knew I had found out, and in the process,, had contracted a double dose of it.

Therese Godfrey knew that because "I had it," beneath my skillfully crafted facade, I am as loony as Rambo and Joe Pike rolled into one.  She  knew I could transform faster than Clark Kent and come out of my phone booth like The Hulk on steroids, she had seen it happen.

Therese knew all of that, and she was still my friend.  She would fight to sit on the front row of one of my seminars and listen to my old stories, laughing and crying like she had never heard them before.

She knew all about me, and it didn't scare her.  Nothing scared her.  Therese told cancer, "You may kill me, but you won't whip my ass."  Cancer did kill her, but it didn't whip her ass.

Today, Therese won't call and say, "Thanks for you service" - at least she won't call on the phone.  Today, and every day, she calls in my heart and every day I get it.  Her call isn't about service.  It's about the power and beauty of friendship.

Thank you for your service my friend.