Play It For The Whiskey

Cherokee Fiddle, written and recorded by Michael Murphey in 1977, climbed to #58 on the charts.  Then, in 1981, Johnny Lee recorded it and it went to #10 on the country charts.

Cherokee Fiddle came to mind today, when, anxious for my personal official sign of the arrival of spring, major league baseball, I tuned into a spring training game between the Atlanta Braves and the Houston Astros.

I've been an Atlanta fan for years, however, after listening to a few innings and only hearing a couple of names I recognized, I got a bad feeling that something wasn't right.

A few minutes of Googling confirmed my worst suspicion.  During the off season, Evan Gaddis, Jason Heyward, and many other favorite players had been traded.  In a single horrible moment, I realized the Braves would never be "my team" again.

Like a jilted lover, I began looking for a new partner.  The only one that came to mind as a contender for my allegiance was the San Francisco Giants.  A minute of Googling later, I discovered that my favorite Giant, Pablo Sandoval, is now playing for the Boston Red Sox.

Jilted again, I turned off the game, and rode in silence for a few minutes.  Then two verses from Cherokee Fiddle began to play through my mind:


Just like the muthe whistle that the old locomotion makes

With the old country favorite playing in my mind, I mentally turned off my stadium lights, rolled down the window, and realized, it is already spring.  I don't have to wait for April 1st and the shout of "Play Ball," to appreciate the season.  In fact, I'm doing great without baseball in my life.  I'm going to keep it that way. 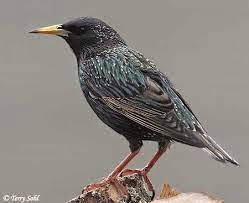 I didn't know they were there until they rose from the earth, softly, not bolting like startled quail.  The edge of the small group of maybe three hundred peeled away from the earth and folded itself into a sharp gust of the prevailing northeastern wind.  As the first line of performers rose, they passed over the main body of birds who, as a group, while maintaining perfect spacing, joined the departure.

The Starlingmeister, the first off the ground, glanced down, confirmed that all were aloft and then wheeled hard right, leading the troupe into a descending, then ascending, ninety-degree seamless turn to the south.  I saw him look over his shoulder without missing a wing beat.  Satisfied with the performance of his band, he instantly doubled his speed and smoothly changed direction, swiftly leading his company away.  I watched in awe until they disappeared from view. 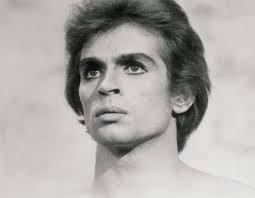 The Starlingmeister and his small flock came to mind moments ago when I was drawn to this short clip of a Rudolf Nureyev choreographed company performing La Bayadere.  At risk of being labeled a traitor to my species, I couldn't stop myself from thinking that the Starlingmeister, without tenure or training, and with a ten times larger group of untested flyers, performing outside, without rehearsal, and working into a stiff wind, on a stage with an additional dimension, made the very best humans look rather amateurish.


And so it is in this world of wonder and beauty.