We Don't Walk Away

To live one's life without having known The Doctor, Dr. Who that is, would be like missing the last ten minutes of the third movie in the Lord of The Rings Trilogy, walk off home runs, three pointers at the buzzer, or any of an infinite number of inspirational moments.

Granted, I've come late to the classic BBC series, but that doesn't mean I'm not as devoted as any Dr. Who fan who came before or will come after me.

In case you've not met The Doctor, click the arrow and invest fifteen seconds of your time and you'll understand what I'm talking about.

"Listen.  There is one thing you need to know about traveling with me... well, one thing apart from the blue box and the two hearts, we don't walk away."

And, best of all, it's never to late to stop walking away.

Ken Burns, filmmaker, delivered the commencement address at Stanford this spring.  I wouldn't have known that had his topic not been Donald Trump, which caught my friend Ralph Miller's attention, who forwarded the presentation to me.

I'm not going to make a political statement, however, I've included the video if you'd like to hear it.

Instead of taking a whack at Trump, which is way too easy, I'm going to take a noteworthy line from the presentation and share it with you.

The line is "Don't Confuse Success With Excellence." That seems self-explanatory... or is it?  I've thought about it a lot since I heard Burns' presentation, and though it might be self-explanatory, as is often the case with self-explanatory things, there is a lot more to it than meets the eye.

Thanks to television, smart phones, social media and other instant electronic entertainment presentations, there is little time left for contemplation.  Information; right, wrong and neutral, is flying at us at such speed that we have established filters which automatically sort and file it without consideration to content, accuracy, or importance.  All that matters is grabbing enough from it to carry on a thirty-second conversation about it at work or at the gym.

Yes, Mr. Burns, we do confuse success with excellence.  We also confuse right with wrong and black with white.  We don't do that because we're stupid.  We do it because we're into information overload, and we're afraid if we back away from the deluge we'll miss something important.  Or, to put it another way, we are drowning because we don't believe we have time to learn to swim.

The issue isn't confusing success with excellence.  The issue is taking the time to consider the issue.  It's time, and way past time, for us to withdraw, breathe, and remember what matters.  That's right - REMEMBER.  Because, Mr. Burns, we do know the difference between success and excellence, right and wrong, and black and white.  What we don't seem to know is how to step out of the river of bullshit and relax in what matters.

Tomorrow we'll look at a timeless way to do just that - it's called Mindfulness. 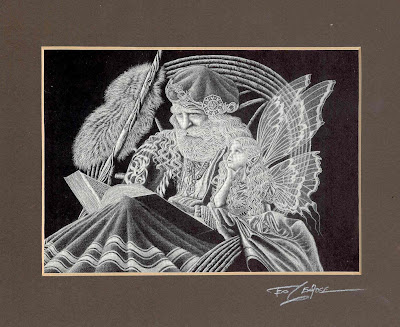 Note for Ralph, who, in response to yesterday's blog, This Train Stays on the Track, said he would like to see Joe Bonamassa and Buddha perform together - at 2:19 in this video, Buddha granted your wish.

This Train Stays On The Track 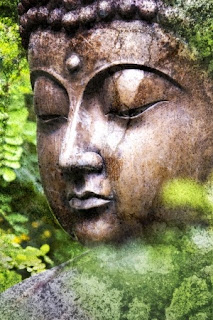 I found Joe Bonamassa because I heard a few lines of a Beth Hart song on a now all but forgotten Google search. Though I've forgotten the object of the search, I'll not forget Joe and Beth.  If you look at this video you'll know why.

Yesterday I was poking around YouTube and found Joe and Eric Clapton on a video recorded at Prince Albert Hall.  I'm not including a link to that one (it's easy to find) because it will be at the heart of my next blog post, When You Matter.

So, how did I get from Beth to Joe to Eric to Buddha? That's easy.  I took This Train - another Joe Bonamassa song/video.  I'll put the link below.  As you listen to the song and watch the fantastic vintage train film clips, listen for the line, This train stays on the track.   That line was my link to Buddha, or to be more specific, The Dhammapada.

If you aren't familiar with The Dhammapada, here's a note from the Dhammapada - The Sayings of the Buddha, rendered by Thomas Byrom, that describes the classic:

"The Dhammapada is a collection of the sayings of the Buddha (563 - 483 B.C.E.).  They were probably first gathered in northern India in the third century before Christ, and originally written down in Sri Lanka in the first century before Christ. Dhamma means law, justice, righteousness, discipline, truth; pada means path, step, foot, foundation.  The Dhammapada was transmitted and recorded in Pali, the canonical language of southern Buddhism, and it has become the principal scripture for Buddhists in Sri Lanka and Southeast Asia.

When Joe sang, This train stays on the track, my mind flashed to The Buddha's teaching:

We are what we think.
All that we are arises with our thoughts.
With our thoughts we make the world.
Speak or act with an impure mind
And trouble will follow you
As the wheel follows the ox that draws the cart.
(Chapter 1 First passage)

Joe and Buddha are clearly on the same page. 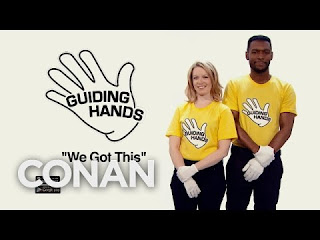 A few minutes ago my buddy, Ralph Miller, emailed this note, under the subject line, A Blossoming New Business Venture."

"I’m thinking this might be something to earn me a couple extra bucks in my retirement!"

I know Ralph is never going to retire, and I know it isn't a possibility for me either.  However, with Ralph you never know for sure, so I thought I'd better take a look at his "blossoming new business venture."

In case you missed the opening line of the video, here it is again:

Years ago the word "multitasking" was coined by IBM to describe a computer capability.  At some point, it was applied to the actions of human beings.  That we can't do it, is the point of the Guiding Hands Video.  Despite the overwhelming evidence that we aren't up for multitasking, we continue to try, and try, and try; to the point that, though I'm sure neither the National Safety Board nor the Center for Disease Control consider multitasking a threat to humanity, I believe it has become the major threat to the long range possibility of the survival of humanity.

How many people have to die while driving before multitasking is identified as the cause of the fatalities?  How many marriage have to end?  How many wars have to rage?  How many kids have to take their lives before we do something, or more appropriately, before we stop trying to do so much and simply stop, take stock, and realize that simpler was better and best of all, it's still ours for the taking?

I suppose it isn't natural for a human to stop and smell the roses.  It takes self-honesty to stop cold and say "This isn't working.  There must be a better way."  And, it takes a hell of a lot of courage to find that way and take it.

I'm convinced that it's time for us as a species and as individuals to backtrack to the forks in the road and pick one instead of trying to multitask our way down all of them.


The Road Not Taken