by Bert Carson,
You've heard of Poetic License, however, you may not know that Wikipedia has lumped poetic license with a number of other "licenses" and arrived at this definition:


Artistic License, also known as dramatic license, historical license, poetic license, narrative license, or simply license, is a colloquial term, sometimes euphemism, used to denote the distortion of fact, alteration of the conventions of grammar or language, or rewording of pre-existing text made by an artist to improve a piece of art.

I have an issue with the word distortion.  Who can say where fact ends and distortion begins?  No one can, since distortion is simply one person's perception.  In other words, what you think is distortion might well be my fact (and there is a good chance that is the case).  Take this simple history of an actual creature for example:

The ancient Greeks described the creature, which they called a Griffin, as a mighty being with the body of a lion, the king of beasts, and the wings of an eagle, the king of birds.  Obviously some ancient Greek, or more likely, a large group of them, saw a Griffin, or a flock of them.  Face it,  who could make up something like that? 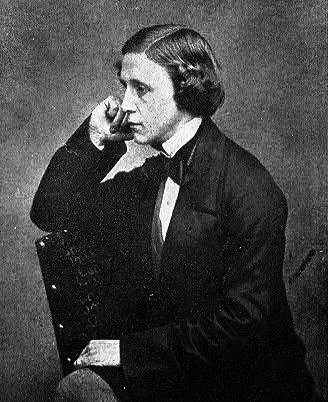 Thousands of years after the Greek sighting of Griffins, Charles Lutwidge Dogson, whose distorted name was Lewis G. Carroll, spied a mutated Griffin, which had the body of a lion and the head and wings of an eagle.  He called this mutation a Gryphon, and described it in his classic "non-fiction" work, Alice's Adventures In Wonderland. 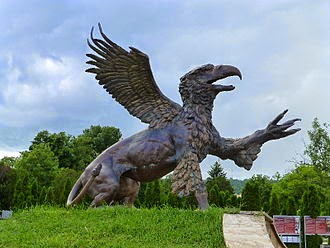 In 1948, the nuns who founded Gwynedd Mercy University (located in Bensalem, Pennsylvania, near Philadelphia) also saw a Gryphon and were so inspired they made him the mascot of the school.  The Gryphon commemorated in the statue at the left, appeared in Germany a number of years ago and seems to have adopted the country and all its citizens, hence the stature.

My friend Ted (see drawing above) is undoubtedly a descendant of the Dogson Gryphon.  I've known Ted for most of my 70+ years and know for a fact that he is undistorted, loyal, talented and very, very strong. 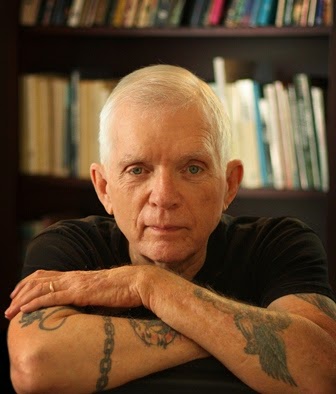 I cannot believe the ancient Greeks would distort anything and neither would Charles Lutwidge Dogson, mathematician and Anglican Deacon.  And who would accuse the Sisters of Mercy of Bensalem of distortion? Not to mention all of the citizens of Germany who sighted the creature?  And, if you require further proof of the undistorted existence of both Griffins and Gryphons, you have to look no further than me:  You know I live far above the possibility of distortion (by the way, that's Ted tattooed on my left arm).

So much for the distorted definition of license.