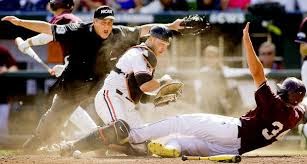 The young man at the car wash made one more pass along the side window with the clean cloth, then he turned toward me, and said, "You're good to go, Sir."

I looked at the gleaming vehicle and said, "It looks great.  Thanks."

He held the door open as I slid behind the wheel.  Before he closed the door, he smiled and said, "Travel safe."

I considered that and said, "Thank you.  I will."

That happened a couple of months ago, but I haven't forgotten his words, "Travel safe."  In fact, before I'd gone a block, I jotted them in my notebook, Travel Safe.

I don't know for sure, but at the time I suspected he meant I should pay attention as I drove along the streets of Huntsville, Alabama.

The more I've thought about it, the more I've come to believe that he meant all of it.  That is, he meant I should travel through my life, as it orbits on its axis, and spins around the sun, and swirls around our galaxy, all the while shooting through the universe at speeds we can only guess at, in a state of full awareness, as I use all the consciousness I can grasp to do it safely.

Yep, that's what I think he meant and that's my admonition to you,