When It Absolutely Positively Has To... #2 In The Divine Moment Series 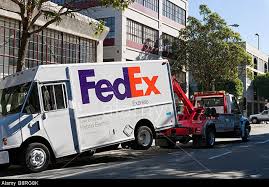 In the mid-eighties, I lived in Memphis, Tennessee, where I was employed by Ryder Truck Rental.  It was my third tour with this company that I loved.  I began my time with Ryder, Memphis, as an account manager.  A year or so later I became the District Sales Manager.  In my new position, I kept a few of my accounts and oversaw the sales efforts of three sales managers.

One of the accounts I retained after my promotion was FedEx.  I kept that account for three reasons.  First, FedEx is headquartered in Memphis.  Second, though not a lease customer, I was convinced they were a solid prospect to be one.  And, third, I had managed to get a national rental agreement with FedEx.  This post isn't a commercial for FedEx, though it could be.  Nor is it a commercial for Ryder Truck Rental, which it also could be.  This post is about being in the moment and the story I'm going to tell you about FedEx is a metaphor for that.

This post is also a lead in to the first installment of The Divine Moment series that I promised last week - If you missed that post and would like to read it, here's the link that will take you to it.

Now, back to Memphis, almost thirty years ago.  It took a number of visits to FedEx to finally get to the right person and quite a few more to find an area where I knew my company might assist them.  I wanted to present a lease proposal but that only came much later, after we proved we could and would do what we said we would do.

First, I had to sell FedEx on renting from us when they needed more equipment than they owned.  The agreement I sold was a standard agreement with one exception.  It specified that if one of our rental units broke down we would not send a service truck to attempt to repair it where it was disabled.  We would instead, without delay, send a wrecker to the disabled unit.  The wrecker would then tow the disabled vehicle to it's destination.

Payment for that service wasn't an issue.  In fact, payment was never an issue.  The only issue was speed.  You see, "When It Absolutely Positively Has To Be There Overnight", was the mission statement that built the company, before it was their advertising slogan.

It costs a lot more money to send a wrecker to a disabled vehicle than it does to send a service truck, and it a costs a whole lot more to have the wrecker tow the vehicle to a location that isn't one of your service facilities.

Because such a provision went against standard, logical procedure, I had to work harder to sell my people on the special provision in the FedEx Rental Agreement and even harder to ensure it was implemented, than I worked to sell FedEx.  In fact, all I had to do to sell FedEx was convince them that we would do what I said we would do.  That is the difference between advertising and being.   Or, in other words, that's the difference between a way of life and empty rhetoric and that brings me to the point of the post.


This moment is it.
There is no better moment
than this one.

This moment is absolutely,
positively, the only moment there is.
Do not waste time waiting on a better one
or daydreaming about a historic one.

Come back Thursday for the next lesson from The Divine Moment.