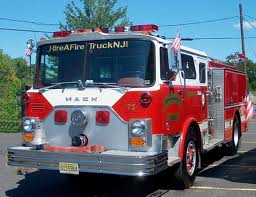 Yesterday, I spent the morning getting ready for my first “day job” sale of the year.  At noon, I went out to run a couple of errands and pick up lunch for Christina and me.  The first errand was a trip to C.T. Garvin’s Feed Store, where I bought cracked corn for the pigeons and squirrels and suet for the starlings, grackles, and woodpeckers.  Garvin’s is a throwback to earlier years.  Unlike a lot of throwbacks, it does a thriving business, and people seem to enjoy shopping there.
As I pulled away from the loading dock, Virgo that I am, I began planning the rest of the trip in my head.   That’s when I remembered that Christina had just mentioned that we were on our last package of paper.  With that in mind, the plan came together – North on Pulaski Pike, stop at Staples, then go further north on Pulaski to Oakwood, turn right and go to Golden Star.  Don’t call in the order.  Order at the counter and read a book while waiting.  OK, that’s a plan.
At Pulaski and University, I got caught by one of the longest holding traffic lights in Huntsville.  I’d been sitting at the light for about thirty seconds when I heard a siren.  I looked west, in the direction of the sound, just as a fire truck blasted out of the station about three quarters of mile west of my position.  A second fire truck was hard behind the first one.  In moments, they were at the intersection of Pulaski and University, running hard, in the center lane of University which is six lanes at the intersection.  I had a gut feeling they were going to turn south on Pulaski and do it without braking.  I was right.
Having been in trucking for many years, I have an ingrained appreciation for good driving, and I saw a marvelous display of it in the next few seconds.  Moving like the lead planes in a Blue Angels formation the two trucks negotiated the turn perfectly, gaining speed as they ate up the asphalt at an ever increasing rate of seed.
Now, why I’m sharing this two minute segment of my day with you? Here’s why.   As the fire trucks turned, I was in a perfect position to see the faces of each of the firemen in the crew-cab trucks.  Their expressions and focus were identical:  eyes fixed straight ahead, determination, and commitment, to the power of ten, was their common visage.  The sight gave me goose bumps and transported my mind to another place and another time – Vietnam, 1967 and 1968.  What I saw was the look that has become known today as their game face.
The light changed, and I moved across Pulaski.  Suddenly I thought of November 5, 2011.  I’m not a true football fan.  I’m an Alabama football fan, thanks to Bear Bryant.  I’ve even spread Alabama fever to Christina and Adrienne.  We were gathered around the TV to watch undefeated Alabama play undefeated LSU, at Bryant-Denny Stadium, in Tuscaloosa, Alabama.  Everyone who follows college football knew that the winner would come away from the contest holding the undisputed number one position.
When Alabama came out of the tunnel and ran onto the field, Christina exclaimed, “They are not ready for this game.”
Adrienne said, “I can see that.”
Optimist to the end, I said, “They’ll be alright.”  But deep inside, I wondered.
It was a game of field goals.  No touchdowns were scored and at the end of regulation play the score was tied at 6 points each.  In overtime, Alabama missed a field goal and LSU made one.  Final score, LSU 9 Alabama 6.
As luck, and from my point of view, a bit of intervention from the gods of football, would have it, Alabama and LSU finished the season ranked 1 and 2 and were matched against each other for the Jan 9th Bowl Championship Series to determine the number one team in college football.
Thursday, Jan 5th, four days before the game and exactly two months since their meeting in Tuscaloosa, I turned on the TV to get an update.  As luck would have it, Alabama had just finished their first practice session in the New Orleans Superdome and that’s what two sports commentators were talking about.  Actually, one was talking and the other was listening and nodding his head in agreement.
“Jerry, I’ve never seen anything like that.  Have you?”

Before Jerry could reply, the first commentator continued, “We’re still four days from the game and Alabama had its game face on – every player, every coach, even the student assistants were wearing their game face.  They got off the bus wearing their game face….”
That was all of the conversation I could stomach, so I turned off the TV, but I did so with a confident feeling, in spite of knowing that most of the “experts” predicted another LSU victory.
At 7:30 PM (Elvis time), Monday, January 9th, the Alabama football team burst onto the Superdome field.  This time Christina said, “That’s better.  They are going to win this time.”
Adrienne, without looking away from the scene that was unfolding five hundred miles south of us, said, “Yep, I can see that.
Once again, they were right.  Final score, Alabama 21 LSU 0, and worth noting, LSU never crossed midfield.  The difference, summed up in one two words, GAME FACE.
Game face isn’t an act.  Game face is the outward expression of a person’s commitment, dedication, and willingness to do whatever is necessary to achieve the desired outcome.
How’s your game face looking today?
- January 26, 2012