Why do you buy an eBook? 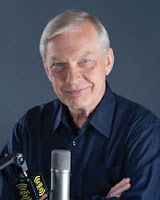 A week before Thanksgiving, 2011, I purchased a Honda Element. The vehicle  is used, and it has a lot more equipment than I wanted or thought that I needed - full-time 4 wheel drive, a sunroof (in the back), and Sirius Satellite Radio.  However, it is in great shape, and it has a manual transmission, and they are hard to come by in an Element.   I justified the 4 wheel drive thanks to the Old Farmers Almanac's prediction of a hard winter, and at traffic lights I could turn around and look up through the sunroof and tell myself that was great, but I couldn't justify the Satellite Radio because figured I'd never listen to it.
Now, over a year later, I seldom, if ever, turn around at traffic lights to gaze through the sunroof; the 4 wheel drive was welcome on a few icy days, but they have been so few as to be inconsequential.  I do enjoy the manual transmission, but, you guessed it, the Satellite Radio is something else.  My preset buttons are; Elvis Presley Radio, The Bridge (a cross between rock and folk rock), Soul Town, Symphony Hall, and two NPR Satellite Channels.  Why two NPR presets?  That's easy.  My chances are twice as good to find Bob Edwards Radio.
Bob, a veteran of more than 24 years with National Public Radio before he went independent, is the best interviewer on radio today for my money (Click and Clack, the tappet brothers are second).  Thanks to Bob I've met Ray Stephens.  I know the story of the Opryland Radio Station moving in 90 minutes to avoid the flood that ravaged the Hotel.  I heard Frank X. Walker talk about and recite his poetry.  If you want to goose bump yourself, download the podcast of that show, or any of the others that are available on the website.  I've also met Marshall Chapman, and I feel like I've eaten in Suzi Ragsdale's kitchen... and the list goes on and on...  There is a lot of talk radio on the air these days - There is only one Bob Edwards, and, thanks to my little Honda Element, we've met.
But I do more than listen to Bob Edward's and his guests.  I go to the movies they talk about.  Years ago I saw the BBC Mini Series of Tinker, Sailor Soldier Spy staring Sir Alec Guinness,  and I had no need to see another one.  At least that's what I thought until I heard Bob's interview with Gary Oldman and I couldn't stay away from the theater.
The same holds true of books.  Bob Edwards interviews quite a few authors and it's seldom that I fail to buy a book after I've head its creator interviewed.  The other great source of my Kindle books is getting to know the author through twitter, or Facebook, or their blog.  You know what - those two are, by and large, the same thing.  I buy books written by people I feel like I know.  What about you?  Why do you buy Kindle books?  When we writers know the answer to that question the eBook marketing problem will be solved.
Take a look at my books on Amazon - if you feel that you know me well enough.
And if you still have a few minutes check my web site.
Thanks for your time, it's been a pleasure.
- March 03, 2012