Me and Francis Scott Key 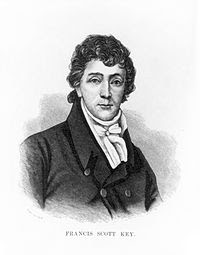 Francis Scott Key was a lawyer, author, and poet.  Every American learned in school that he wrote the words to the National Anthem of the United States, and, though most of us didn't learn this in school, he had another noteworthy event on his CV.  He was Sam Houston's lawyer when then Congressman Houston was tried in the House of Representatives for assaulting another congressman.  In spite of Francis Scott Key's representation, Sam Houston was convicted, but  ultimately only lightly reprimanded.

I'm not a lawyer or a musician, however, I have something in common with Francis Scott Key.  I've spent a few moments of my life nearer than I would have liked to have been to rockets and bombs dispatched "to whom it many concern," and I'm sure that were he still with us, the author of the National Anthem would tell you that because of that experience he was never a fan of fireworks.

Before spending time in a war zone, I loved cherry bombs, black cats, and roman candles, as much as any young American male.  However, for the past forty-five years, I have despised fireworks, and I believe Francis Scott Key would have also. 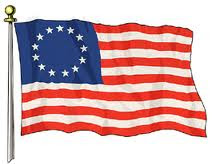 I believe, as he expressed in the lyrics of the National Anthem, Francis Scott Key
was thrilled to see the star and stripes still flying over Fort McHenry at day break, but more than that, I believe, like every man and woman who has had that experience, he was over joyed to just be alive to see a new day.

Have a wonderful Fourth of July, but don't dedicate a fire cracker to me or Francis Scott Key.