Form Vs Speed #5 in The Divine Moment Series 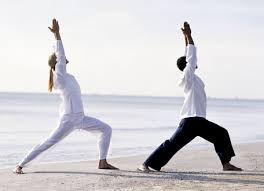 For five years, I studied Tai Chi with Master Cheng of The Atlanta Tai Chi Association.   That was twenty plus years ago, and I've lost my memory of the form though I am presently working to regain it.

I haven't lost my memory of Master Cheng or his most oft repeated, and often recalled admonition - "Maintain the form."

At the conclusion of my first lesson, I was sitting with the class of twenty or so tai chi practitioners who I'd been trying to emulate for the past hour and a half.  They were meditating.  I was trying to catch my breath and remember everything I'd seen when Master Cheng came in, which is a total understatement.  The man, and I'm not sure even that is accurate either, doesn't seem to touch the ground when he moves.  He's a hovercraft without an engine, I thought.  Then in a move that defies description, beyond noting that it was both smooth and nonstop, he descended to the floor at the head of the group, stopping in a picture-perfect lotus position.

Then he made eye contact and smiled slightly at everyone of us. Bowing slightly, he said in a voice that wasn't soft or hard, loud or hushed, "Questions?"

Guess who had one.  If you guessed me, you're right.  I had caught a glimpse of the third level class practicing before my beginner session started, so I blurted out a question from the heart of my western mentality.  Nodding toward the room where the most advanced class was still practicing, I asked, "How long will it be before I'm as good as they are?"

Master Cheng smiled the most benevolent smile I'd ever seen, and said, "Maintain the form Master Bert, and your question will answer itself."

Then he stood, using the opposite technique as he had employed to sit and floated from the room.   There are some moments in each of our lives that are unforgettably.  That was one of mine.  And, I cannot recall a day since that one, when MC's word's, "Maintain the form," haven't come to me at least once.  It is the most often-practiced teaching I've ever received.

Generally speaking, we, as a species, are not about form.  We are about speed.  Mindless speed.  To cite a minor example, as I type this I find myself going faster and faster until I crash or remember to maintain the form.  Speed for the sake of speed ultimately leads to crashes, while maintaining the form assures success and satisfaction.  It is almost too simple.

From The Divine Moment:


Hear the patterns of sound.
Slow down the tempo
of your apprehension;
bring it to a
still and endless moment.

This will do, will it not,
for Eternity?

Maintain the form and you will arrive at the answer to that question.