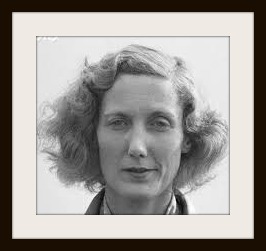 "How is it possible to bring order out of memory?  I should like to begin at the beginning, patiently, like a weaver at his loom. I should like to say, 'This is the place to start; there can be no other.'

But there are a hundred places to start for there are a hundred names - Mwanza, Serengetti, Nungwe, Molo, Nakuru.  There are easily a hundred names, and I can begin best by choosing one of them - not because it is first of of any importance in a wildly adventurous sense, but because here it happens to be, turned uppermost in my logbook.  After all, I am on weaver.  Weavers create.  This is remembrance - re-visitation; and names are keys that open corridors no longer fresh in the mind, but nonetheless familiar in the heart."

"All this had happened, and if some of it was hard for me to believe, I had my logbooks and my pound of scraps and papers to prove it to myself - memory in ink.  It was only need that someone should say, 'You ought to write about it, you know.  You really ought!'

And so the little freighter sat upon the sea, and, though Africa came closer day by day, the freighter never moved.  She was old and weather-worn, and she had learned to let the world come to her."

Somewhere between the beginning and the ending, I was captured by West with the Night.  Captured as surely as if a net had dropped from a tree quickly snaring and jerking me off the surface of the Earth which had been boring and solid only a moment before.

Of West with the Night, Ernest Hemingway said, "A bloody wonderful book."  However, that was just part of what he said, the last sentence to be exact.  His entire statement was:

"Did you read Beryl Markham's book, West with the Night?  ...She has written so well and marvelously well, that I was completely ashamed of myself as a writer.  I felt that I was simply a carpenter with words, picking up whatever was furnished on the job and nailing them together and sometimes making an okay pig pen.  But this girl, who is to my knowledge very unpleasant and we might even say a high-grade bitch, can write rings around all of us who consider ourselves as writers ...it really is a bloody wonderful book."

Beryl's masterpiece was published in 1942 when she was 40 years old.  , It remained an obscure adventure story until George Gutekunst, a California businessman, read Hemingway's remark in a volume of the writer's letters.  He found a copy of West with the Night, read it, and convinced a publisher, North Point Press, to re-release it in 1983.

Beryl was 80 years old, living in poverty while training horses at Nairobi race track when she was "re-discovered."  Her final three years were lived as a renown author with an international fan base.

And now, finally, my point.  This story isn't about a "high-grade bitch" or a poor, 80-year-old horse trainer, who died thirty-one years ago in Africa.  This story is about a book, West with the Night, and what, for me, makes it stand out from the tens of thousands of book I've read in the last seventy years.  A list that ranges from the Dick and Jane Series, which I endured to learn to read the Phantom on my own - and it includes my all time favorite - Round the Bend - and, though I'm hesitant to give it any more publicity, The Whistler, which is the worst novel I've ever started (so bad I couldn't finish it).

Now, I'm pondering, what makes West with the Night singularly memorable on my reading list?  Not the genre.  I've read hundreds of adventure books, many of them about flying.  Not that it is a memoir. I've read at least a hundred of those, most written by men and women whose lives left a more lasting mark on the trail of history than Beryl's did.

"What then?" I ask myself, and the answer drifts down as soft as a single feather whose flight began in a place I know not - because "She has written so well, so marvelously well..."

I have no better words than the ones Hemingway used to describe the book, but I do have something else, Beryl's eloquent and memorable recollections, captured first on paper and then in my mind... words strung together to form phrases like:

"A life has to move or it stagnates.  Even this life, I think.  Every tomorrow ought not to resemble every yesterday."

"A lovely horse is always an experience... It is an emotional experience of the kind that is spoiled by words."

"I have lifted my plane... for perhaps a thousand flights and I have never felt her wheels glide from the Earth into the air with knowing the uncertainty and the exhilaration of first-born adventure."

"For all professional pilots there exists a kind of guild, without charter and without by-laws.  It demands no requirements for inclusion save an understanding of the wind, the compass, the rudder, and fair fellowship."

"After that, work and hope.  But never hope more than you work."

And then there's the one I always think of when I think of Beryl Markham:  "Life is life and fun is fun, but it's all so quiet when the goldfish die."

And I remember that it is never about the storyteller, or even the story.  It's always about the way the story is told...