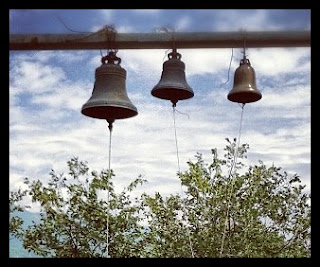 I was playing around with the newest iTunes interface a few weeks ago, and before I knew what was happening, I created a new playlist.  I called it 2013 #1 (that’s original).  About halfway through the process, I realized it would be a good list to run with for a couple of reasons.

First, it has forty songs.  That means when I set it on shuffle, even on my longest run (7.5 miles), I won’t hear them all so there’s less chance of me tiring of the songs.

And second, it is about the most diverse selection of songs I’ve ever put on a single playlist.  The artists include Pavarotti, Little Richard, Bob Segar, and Peter, Paul, and Mary, with a number of others stuck between those.  The years covered by the forty songs are 1959 – 2012.  The genre ranges from classical, to soul, to movie soundtracks, to rock, to country, to gospel.

One of the songs on the list, The Three Bells, by The Browns, has been a favorite of mine since it was released in 1959 when it sold over a million copies and was the first number one country hit to cross over and become a number one pop hit.   It was recorded by Jim Ed Brown, and his sisters, Maxine and Bonnie.

The song tells the story of Jimmy Brown, from his birth, to his marriage, and finally to his death - each event being marked by the ringing of the bells in the chapel.  For me, The Three Bells is a powerful reminder that our life is what we make  of it.  Whatever that turns out to be, it is constructed a moment at a time.

Here are the Browns to perform their gold record hit for you: