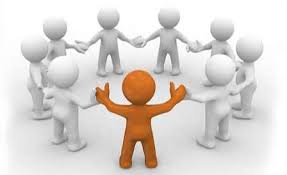 January 19, 2011, was a memorable day, for me, and, unfortunately, only me.  That was the day that I published my first Kindle book, Fourth and Forever.  I worked on the book for years, literally.  I sent query letters to nearly five hundred agents and received over four hundred rejection letters in return.  Believing that I wasn’t going to get a publisher, I parked the book for six years, and then Jeff Bezos created Kindle and a platform for writers who needed one.
Two years ago, I clicked the Amazon publish button for the first time; I thought a number of things. At the top of the list was, by this time tomorrow I’ll probably have sold a thousand or so copies.  If you are a writer, you know that didn’t happen.

After a few months of nothing happening on the sale’s front, I began to look for a solution to my sales problem.  That’s when I found John Locke’s book, How I Sold 1 Million eBooks in 5 Months!  Minutes later I bought it, opened it on my Kindle and began reading it like a drowning man going for a life preserver.  When I was done, I believed that John Locke had sold one million eBooks in 5 months.  I also believed if his way was the only way, then I would not be a million-book-selling Kindle author.

John’s system is simple.  Before he wrote a single word, he found a genre that accounted for a lot of Kindle book sales.  Then he wrote a number of books in that genre.  When the books were written, he created a large twitter following, and from that following, he developed a large list of email friends whom he knew would not only buy any book that he wrote, but would also promote his books to all of their friends.  That worked just the way he expected it to work, which is fantastic for John, and I salute him.  However, I can’t do that.  I write for me, not for a specific market.
So where does that leave me sales wise?  I don’t have exact figures, but this is close.  My four books, Fourth and Forever, Maddog and Miss Kitty, Another Place Another Time, and Southern Investigation have combined sales of about what John Locke’s books have sold since you started reading this blog.
Have I given up?  Nope and I won’t.  I just didn’t have a clue how to sell my books for a long time.  Now I do.  Now, I understand what branding is and what it can do for me, thanks to a video by Simon Sinek, which I will insert below.   Until I saw Sinek’s presentation, the possibilities of branding, true branding, hadn’t crossed my mind.  I got it when I heard him say, “People don’t buy what you do; they buy why you do it.”

When I heard that, I knew that I had to let people know who I am, and what I write about.   That is essential for me because I don’t write “John Locke books.”  I write about men, and women, and occasionally dogs, who do the right thing.  I write books that inspire because I believe that life should inspire.  I’m a Vietnam Vet, so most of my characters are Vietnam Vets.  In addition, I’ve spend 65 of my 70 years, searching for truth, so my current writing project, The Sages, is an esoteric novel – in fact, it’s the first of three that I call The Mystic Trilogy.
Since esoteric novels and inspirational novels that feature Vietnam Vets aren’t high on most Kindle book lists, I have to let people know who I am and what I write.  In other words, I have to find people who believe what I believe.  That is true branding.   Believing there are readers out there who want to read about people who do the right thing, and in the doing inspire us by their example, isn’t enough.  I have to find them.  And that is exactly what I intend to do.  In fact, this blog is the first step in my branding adventure.