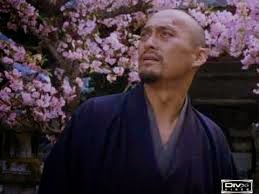 Wabi-Sabi, a Zen term, is derived from the combining of two Japanese words.  Wabi, which means living alone in nature, and  Sabi, which means lean and simple.  When the two are combined, there is no universally accepted definition, though the term is often used.  In fact, most who know simply say it is unexplainable.

The problem in defining Wabi-Sabi is the term is used to describe perfection without offering a definition of perfection. Here's an example from Daniel Levin's book, The Zen Book:

"In Zen, the saying Wabi-Sabi means 'the perfectly imperfect.'  Since nothing in this world is perfect, the practice of Wabi-Sabi is seeing that which is perfect in all of life's imperfections."

Levin's definition is as good as any or as bad as all the other definitions I've read, simply because it is based on the notion that perfection is a universal standard, and IT ISN'T.

Perfection is an ideal that when applied to any individual thing is anything but perfect.

"The perfect blossom is a rare thing.  You could spend your life looking for one and it would not be a life wasted."

At the end of the last battle, a dying Katsumoto, gazed across the battlefield toward a cherry tree which was in full bloom, its blossoms blowing across the destruction of the battle, and said to Captain Algren, "They are all perfect."

That is Wabi-Sabi - Knowing the perfection in all things.