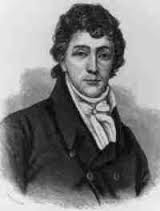 Dear Francis,
In our universe of infinite possibilities, I know you are still out there somewhere.  That being the case, I want you to understand that from my current vantage point in time, which is July 4, 2014, I'm thinking of you as I do every July 4th.

I don't think of you on this day because I admire you.  I don't.  Even if you were "nice" to your slaves, you were pro-slavery in the lifetime about which I'm writing.  However, your opinion regarding that subject, as repugnant as it is, isn't the point of this correspondence.

From the safety of a British ship, you watched and heard the British bombardment of American forces at Fort McHenry during the Battle of Baltimore.  Sometime later you wrote a poem about the experience.  Later still, the poem was set to music, and 102 years after you wrote it, it became the national anthem of The United States of America.

Today, the legal department of any newspaper or book publisher would reject your poem for two reasons.  First, you stated that you watched the perilous fight "o'er the ramparts."  That just isn't true.  You were being detained on board a British ship, hardly in the thick of things as you implied, and second, you described the action as a "perilous fight," when, in fact it was the one-sided attack of a superior force against a defenseless position, and a tribute to the poor marksmanship of British.

Still, that isn't the point of this letter.  It's the bit about the rocket's red glare and the bombs bursting in air that bothers me.  If you had ever participated in an armed conflict, you'd understand why.  You would know about flashbacks and PTSD.  And if you followed the history of the fireworks industry you would also know that single line, which we both know was a gross exaggeration, is the primary reason millions of pounds of explosives will be detonated this day, to the delight of hordes of people and the dismay of millions more who have participated in armed conflicts in the name of freedom.

In the future, should you ever find yourself in a similar situation and elect to write a poem about it, for the sake of veterans and war survivors everywhere, please omit all references to bombs and rockets.

the man formerly known as Staff Sergeant Carson of the 214th Combat Aviation Battalion - Republic of South Vietnam - in the years 1967 and 1968.