Why I Write by R.S. Guthrie

Rob Guthrie is my first guest blogger.  I met Rob last summer through twitter, then email, and finally when he founded RABMAD (Read a Book Make A Difference - an organization of writers who donate a percentage of their royalties to charity).  Since we first met, we've become great friends, and I'm a better person because of it.  It was only natural, when I decided to try guest blogging, that Rob was my first choice playmate.

We've each blogged on the topic - Why I write. 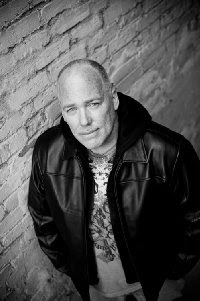 Why I Write by R.S. Guthrie

When asked this question, as I was recently in being invited to guest blog on the subject with my great writer pal Bert Carson (THANKS, BERT!), it always gives me pause. Not because the reasons are too deep or dark; not because there is no answer; but rather because it’s a bit like answering the question “why do you breathe?”


Why do you breathe?


If you’ve never heard of them, freedivers are extreme sport individuals who attempt to reach incredible depths while holding their breath (the record for men’s free immersion dive was set in 2010 at 380 feet—a breath that was held for over four minutes). The breathing response can be so strong for freedivers that ignoring the urge to take a breath becomes one of the biggest (and most critical) challenges these superhuman breather-holders face.


Well, I can’t say that my need to write is quite that overwhelming, but it really is something that has been in my bones since I can remember. It is truly an act that does help me to survive—it relaxes me; allows me to release the words that have been building up inside me, needing escape; it also causes me an adrenaline-like influx of positive thought and confidence.


I actually wrote the following a few months ago:


“To the writer, the craft is like BREATHING. You'd never forget to draw a breath; don't forget to WRITE.”


Every person has a voice. And it’s not necessarily a vocal thing. I personally abhor public speaking. I hate doing it. It causes me stress, makes me ill—I’d just about rather do anything in this world than speak to an audience. But as a writer I want my words to be read by as many people as are willing. The dream would be thousands. Millions. So the writing is my voice; I do not require the use of my vocal chords to speak—I can do it by putting pen to paper (or finger to keyboard).


Because I have a VOICE.


Writing is a part of me. Perhaps the biggest part. And it has been for all of my life. I could no sooner be myself without writing than without my head or my heart or my hands. People cannot imagine what life would be like without those things that make them who they are. I cannot imagine being me without the words flowing. Even if I were laid up in a bed, convalescent, unable to lift my hands, bereft of the power to move a finger or so much as speak a word, I would still have to write. I would do it on the inside, upon the walls of my mind. It wouldn’t matter. The words would have to flow. The writing would have to go on, for as long as I went on.


Because I AM writing; because writing is ME.

Check out Rob's books on Amazon -