A Writing Lesson From Robert Crais 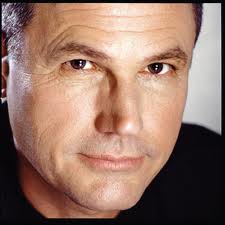 A few weeks ago I discovered Robert Crais.  The best selling author wasn't hiding, we just hadn't crossed paths before.  That was my loss but I'm quickly making up for lost time.

Finding Crais was an accident.  No one recommended his books, which is the normal way I "discover" authors.  I was looking for a Kindle book, in a genre I enjoy, that had Whispersync for Voice - if you aren't familiar with that, it's simply the possibility of adding an audible book to your Kindle book purchase.  When you elect that option the two versions of the book are synced as you read.

I stumbled on Suspect, by Robert Crais, and because it met the Whispersync requirement I bought both versions of the book.  I was immediately smitten with both Whispersync and Crais' writing style and his characters.  I don't know how many of his books I've read now, but I do know I'm already sweating the day when I will discover that I've caught up with him.

Without giving away any plots, I tell you two things about Robert Crais' books that might inspire you to take a look at them (if you aren't already a fan):

First, they are novels and they have more customer highlights than any novels I've ever read - of course, I raise the number of highlights on every one that I read.

Second, when I began the Elvis Cole/Joe Pike books I pretty much started at the beginning and advanced by date published.  The first one was great and every subsequent one has been better than the one before.  I've never experienced that before.

Here's an example of what readers underline -

"He believed the answers were here in this place, so his task was to recognize the signs.  If he found them, he could re-create the events, and then he would know what happened.  The same as reading the words in a book.  Reading each word and adding it to the next to build a sentence, then connecting the sentences to learn the story.  The task was to find enough words.

Pike felt the pieces begin to fall into place.  The words began to feel like a story.

Each new thought was a word, and the more Pike tested the words the better he liked the story.  The signs were here.  He just had to read them correctly and in the right order.  There were still holes and questions, but he saw it unfolding and liked the way it felt."

In addition to reading a great thriller, when you read a Robert Crais novel you will be exposed to a generous dose of practical philosophy and the occasional writing lesson.  That's a combination that's difficult to beat and one I'm working to emulate.