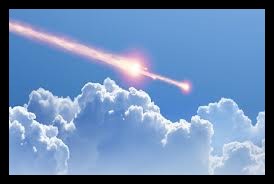 November 30, 1954, 2:45 PM, I was twelve years old, sitting in a straight backed chair, in front of the open window at the back of the classroom.  The back row was made up of six straight back chairs, not the single arm desks that filled every other row in the old oak floored and paneled classroom in central Alabama.  Even though it was late fall, the window was open because the air was heavy and humid, thanks to summer's last ditch effort to hang on.

Our teacher, a substitute who appeared to be as excited about being there as the rest of us were, nodded a bit as we slogged through a forty minute reading exercise.  Noting her inattention and being fully aware that she didn't know our regular teacher's ironclad rule stipulating that all four chair legs must remain on the floor, I leaned my chair back until I found the perfect balance point against the window frame.  Then, I dropped my head back until half of it was outside the classroom.  I opened my eyes and waited for my vision to adjust to the brightness imagining all of me was outside that hated room.

I focused on the clouds and took a deep breath, wondering how long it would be before the substitute teacher looked up and saw what I was doing and ordered me to return all four chair legs to the floor.  That didn't happen.  Seconds after I opened my eyes, two golden lights, traveling faster than anything I'd ever seen, swept across the small portion of the sky I was focused on.

Involuntarily I slammed back to the floor waking the substitute teacher and every kid in the room.  There was a long moment of silence which I used to get small.  However, I couldn't get small enough.

The teacher's head snapped up, and her eyes locked on mine.  "That's it young man (she hadn't bothered to learn any of our names).  "Get your things and move to the front row where I can watch you."

My buddy, Douglas Jackson, sitting in the chair next to mine, grabbed my arm and whispered, "What happened?  Did you go to sleep?"

He laughed and said, "Yeah, right."  And that would have been the end of it, had there not been a news report that evening about the meteorite that crashed through the roof of a house ten miles south of the school, at 2:46 pm, striking Ann Elizabeth Hodges who was lying on her sofa.  The next day, Douglas, one of the smartest kids I knew, remembered what I'd said and commented, "You did see shooting stars."

"Yep," I said, and that was the end of it, until fifty-eight years and a few odd

months later - the night before last to be exact.  It was almost midnight.  Christina and I were driving home from Clarksville, Tennessee to Huntsville, Alabama.  Somewhere south of Nashville and north of the Alabama state line, in an area of little light pollution, a meteor streaked across the sky carving a hot red line just above the treeline.  Seconds later it was followed by a smaller twin.

This time, I was a bit more knowledgeable, and as I raised my vision searching for more meteors I said, "I read that tonight earth is passing closer to an asteroid, whose name I don't remember, than at any time in the past 200 years."

Christina said that she had read about that also and we continued in silence, our attention locked on the sky, as we recalled the night we lay on a dock at a state park in north Florida and watched a spectacular display meteor display presented by the Leonid Comet.

Seeing the two meteors Friday night did more than trigger the fifty-eight year old memory of the Hodges Meteorite, it shifted my focus from the events of the day, fatigue, and relief that were heading home, to a much larger picture - a picture of the oneness of all things.  In that picture I was no longer a man, traveling home with his wife after a business trip, I was one with all things - the night, the earth, the sky, Asteroid 1998 QE2, 3.6 million miles away from the state of Tennessee, and the entire universe.

When I was twelve years old, I'd lost touch with that perspective.  Somehow, somewhere, in the intervening years, I've reconnected.  My re-connection to the oneness of all things won't get me a seat on the front row of the class, but it will surely take me home.