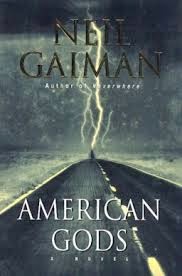 I've known for a long time that signs and wonders and other things we call miracles are not signs, wonders, are miracles.  They are simply the way things really work, as opposed to the way we are taught they work.

Here's a tiny example.  As you may or may not know, I'm a fountain pen geek.  Besides leaving Vietnam in 1968, with PTSD, which many people will attest to, I left that most wondrous land with a terminal addiction to fountain pens.

Here's how all of that works.  I was on TWSBI's Facebook page, liking it and then poking around, when I saw a face that seemed familiar, but I didn't know why.  The name attached to the face was Neil Gaiman.  I Googled the name, discovered he is an American/English author who has written many books, most of which have appeared on the New York Times Bestseller List.

A little more googling and I discovered that the best selling book in Illinois is American Gods.  That clinched it.  My old Army buddy, Howard Dirler, lives in Illinois, and if it works for Howard, It works for me. 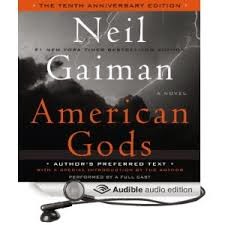 So, I virtually hiked over to Amazon and bought The tenth anniversary addition of American Gods.  While I was there, I checked for the whispersynced Audible Book version, and purchased it also.  Altogether that took about two minutes and cost $18.87 (Book $5.88 Audible Book $12.99).  For my money, I received more than twenty-five hours of top-notch entertainment, a writing lesson that cannot be purchased anywhere at any price, inspiration for a number of blog posts, and other stuff I'm not even yet aware of.

And, regarding the Audio Version -

On the old five star rating system, American Gods is a five.  In fact it's so good, as soon as I finished listening to all the credits (I finished the book listening rather than reading), I stopped the car and, via smartphone, journeyed back to Amazon where I bought The Ocean At The End Of The Lane (Kindle and Audible versions).  Though I've read only five chapters, I'm pleased to report it is also a great book.