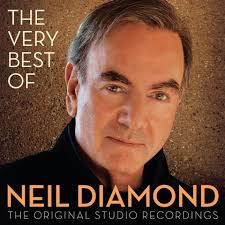 Many "new thought" concepts have been bantered around so much they've become trite.  One of those is the statement, "there is only one of us here."  That idea is a good starting point for the notion that everything, and I mean everything, is linked to everything else in such a way that the bond cannot be broken. 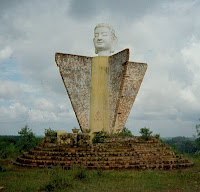 That means that, whether we are aware of it or not, the world that is, at this very moment, manifesting at this Buddhist shrine just outside Long Binh, Vietnam, is the same world that is manifesting, at this same moment, at The Vietnam Memorial, in Washington, D.C.

Most of us are so confined by the self-imposed limitations of our world, that we can't see the connections, or to be more precise, we can't see the oneness of all things and all entities and we certainly can't see how anything, except the things closest to us, are connected.

A writer, on the other hand, must see the connectedness of all things.   Otherwise their books would all be short and limited in perspective.   We love to read because writers have expanded perspectives that include more than the things in their immediate field of vision.  Through writers, we  explore  worlds we cannot see, but wish to.

Writers have a common love for music.  All sorts of music, pop, soul, rock, jazz, country, gospel, rap, all of it.  Most old writers know well the artists who pioneered rock music - Elvis Presley, Fats Domino, Buddy Holly, Neil Diamond... And when they hear that Neil Diamond, still performing at age seventy-two, has done something inspirational, they blog about it.  Then they do some research that leads them to buy one of Neil Diamond's latest albums and they share their favorite song from that album with everyone who reads their  blog: