Writing To A Standard Last night, I ended the blog post, Konrath-Michener-Lulu with this note - "Tomorrows post is called To A standard, and I’ll use this Rockwell painting to illustrate it. – yep it will be about football and it will also be about writing."  And then I showed a Rockwell Painting of a football player.

Once again my plan shifted as I began writing.  The first clue to the direction of the shift is the title of this post.  Instead of To A Standard, I've called it Writing To A Standard.  The second clue to the content shift is the illustration - that's a boy writing, not a football player.  The third clue is not quite as obvious.  I'm going to illustrate my comments with a story about Alabama's football coach, Nick Saban and add a film clip that graphically illustrates "the standard" in action.  Stay with me, I'll get to the point, writing, quickly.

Saban, 61, has one game left in his seventh season as Alabama's Head Football Coach.  That game will be played Monday night (Jan 7, 2013), against Notre Dame, for the National Championship of Division I-A College Football.  Alabama will win the game if they utilize the one thing they have that Notre Dame doesn't have.  That one thing is The Standard.

The Standard, applied to writers and writing, is what this post is about.

First, let me tell you about The Standard.  Nick Saban has been coaching football for forty years.  Before that he was a player.  I believe that somewhere along his path he came up with the idea of creating a standard that could be applied, first to each coach, then to each player, and finally to the team.

When I first heard him tell an interviewer that Alabama played to a standard, I dismissed it as hype.  Then I began to pay attention when he mentioned it again, and again...

At halftime, no matter what the score is, when asked what he thinks of the game so far, he says something to effect, "We play to a standard.  We need to work on .... and ... in the second half."

Then I heard him say, "We aren't playing (he named the day's opponent).  We don't play teams.  We play to a standard."  Then, over the course of the first eight weeks of the season, I heard interviews with a number of Alabama players.  They all mentioned "the standard," and noted that it changed everything for them and for the team.

In preparation for a game, all coaches and players watch countless hours of films of their opponents.  At practice, they simulate the way they've seen their opponent play.  They lift weights, run, stretch, meditate, etc. knowing that their opponent is doing the same thing.

At that point, Alabama's game preparation takes a turn.  The Standard is applied.

The Standard is a performance possibility measurement (my terminology) - a compilation of factors, such as, size, speed, flexibility, and history.  Defining the standard for each coach, player, and subsequently the team is the big job.  I'm convinced that Nick Saban, alone, of all college and professional football coaches has perfected "The Standard."

His record proves that he is doing something different.  The fact that he is the most sought after coach for both professional and college teams is further evidence.  If you need more convincing, Saban's assistants are almost as heavily recruited as he is.

I can't elaborate further about exactly how The Standard is administered at Alabama, because only the coaches and players know that.  However, I will  show you how it can be applied for us as writers.  Before I do that, watch "The Standard," in action.

This film clip is 41 seconds long.  Watch it whether you are a football fan or not.  Watch it with or without the voice of Eli Gold, the "voice of Alabama football.  Before you watch it, here are some things to notice:

There are twenty-two men on the field.  Eleven for Alabama. Eleven for LSU.

T.J. Yeldon scores what proves to be the winning touchdown.

Only three LSU players have a real chance to tackle Yeldon.  In order of appearance they are:  (1) #46 Kevin Mentor, who wasn’t blocked, I believe intentionally, but he turned out to be much faster than anyone anticipated so he manages to get a hand on Yeldon. (2) I've watched the clip a dozen times and believe the second man who had a chance to stop Yeldon was #5 Jarrett Fobbs.  I cannot tell how he got into position for the tackle attempt but I can see that he over ran the play and missed the tackle.  (3)The third man who had a chance to stop Yeldon was #49 Barkevious Mingo.  Mingo was there because # 61 Alabaman’s offensive lineman, Anthony Steen was where he should have been, but he was looking the wrong way, and Mingo ran around him.

If all things had been equal, and every Alabama player had played to the top of his standard, there would have only been one player with a chance to tackle Yeldon (probably Jarrett Fobbs).  However, that is seldom going to be the case, so an infinite number of variables come into play.  However, the fact remains, that The Standard, is the difference.

Using The Standard in your writing. 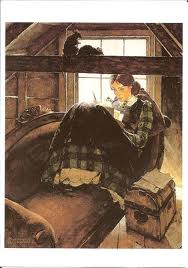 The most important step in using The Standard in your writing is defining it accurately.

First list the things you expect to do in your writing.  Keep it simple and limit your first list to two items.

For example: My characters are believable.  My descriptions create an accurate picture.

Then note your ability to create each result.

For example: My characters all seem the same.  I don't have enough description.

Beside each item on the list that you aren't currently capably of producing at the level you desire, add comments on what you need to do to acquire the necessary skill. For example: I must practice diversity in character creation, and read author's who are masters of that skill.  When I proof my work, I will pay particular attention to detail.

Establish a benchmark for each item (I prefer percentage).  They are your desired results, and if you're serious, nothing less than 100% will be acceptable.

Finish your work and evaluate it according to your scale.   Don't beat yourself up.  Note and evaluate your progress.  If you write a three thousand word episode for your serialized novel, and you are evaluating the characters you created, give them a rating - say 85% and then note whether that rating is an improvement and why (or why not, and why).  Then add a note about what the piece needs, to score 100% in character creation.

Rewrite it, this time with a clear idea of what you must do.  Evaluate and score the results.  Repeat if necessary.


Remember, you aren't writing against Konrath or Michener or King or any other writer.  You are writing to a standard.  Your standard.

Finally, tune in to ESPN Monday night at 7 PM (eastern) to see how The Standard works for The Crimson Tide.

Tomorrow I intend to blog about why a writer must pay attention.  I'll probably illustrate it with a picture of Charlie Gilchrist, or one of his cousins - maybe this one. 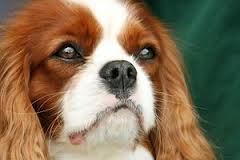