Blogging Authors All In A Chain

Remember hide 'n seek?  Dusk pierced by loud shouts of, "You're It!" Well, I'm writing this post because I'm it.  Christina Carson tagged Beca Lewis who tagged me, and I tagged David Atkinson, Caleb Pirtle, and Stephen Woodfin, then, because I wanted a girl on the team I tried to tag Gae-Lynn Woods, but ultimately had to bribe her with a baking soda- powered  submarine and a secret decoder ring.

At some point in recent history, an author came up with the idea of answering four questions about himself or herself and getting other authors to do the same.

I first heard about author's blog chain when Christina said, "I agreed to be tagged by Pat Zick."

"Well, it means I have to answer four questions in a blog post and find some other people who will do the same.  That's what it means," she said.

I still didn't get it but I pretended I did.  It's a guy thing.

A week later Christina said, "Beca is going to tag you."

The next day Beca tagged me and I agreed to play.  That's when I figured it was time to learn what this was all about.  Another guy thing.

I figured it out, finally, and started looking for people who would agree to be tagged.

Caleb Pirtle said, "Bert, I'll do it if you'll tell me what it is."  Another guy thing.
David Atkinson said, "I'll do it if Caleb is doing it."  Yet another guy thing.
Stephen Woodfin didn't say anything, so I took that to mean, "Yes, I'll be glad to do it and I'm looking forward to it." Definitely a guy thing.
Gae-Lynn Woods said, "I'll do it for a secret decoder ring and a baking powder-powered submarine."  I thought about her proposition for two seconds and then agreed to the condition provided she would be captain of the team.
She thought about that for about two seconds and said "Okay."  I guess that's a girl thing.

So here we go with this edition of Authors Blogging All In A Chain:

The first thing I'm going to do is answer the four questions that, by the way, are the same for all participants:

1.  What am I currently working on?  That implies I'm working on one thing, and that's seldom the case with me.  In fact, I can't remember the last time I was working on just one thing.  Here are a few things I'm working on:  Roger the Soundcheck Guy (see photo below) is teaching me how to narrate my books.  I've started with Another Place Another Time, a story I love about two men and two dogs, time travel, war, and truck driving.  My editor, Rebecca Dickson, just finished the first pass on my latest novel, Lessons Learned, and it's my intention to have it published in the next six weeks.  The Sages, book one of the Mystical Trilogy is almost ready for Rebecca' magical touch and should be published by the end of summer.  And, last but not least, I want to have all of my books narrated and available as audio books by the end of 2014 (that's assuming I can keep Roger the Soundcheck Guy working 24/7).

2.  How does my work differ from others in the same genre?  I don't know that this is a difference or not, but I do know what I do.  I become my protagonist.  Another Place Another Time the opening lines are:

The day I met Whispers, I was nineteen and he was one.  From the day we met, we were not apart for a single day for almost fifteen years.  I cannot imagine what my life would have been without Whispers and frankly, I don't even want to think about it.  This is our story, my dog, Whisper's and mine.


When I write, I laugh, I cry, and I celebrate with my characters.  That's the only way I know to do it.

3.  Why do I write what I write?  I have published four books, with a fifth due to go live shortly.  They are all about Vietnam Vets.  Men and women who, as I put it on my blog site, "do the right thing."  I write about Vietnam Vets because it's what I know.  I can tolerate a lot of sins in the writings of others.  Writing about what they don't know isn't one of them.  If I don't know a subject, it isn't for me to write about.  I know Vietnam Vets.  I am one.  The Sages, the first book in the mystical trilogy, is an esoteric novel.  Esoterism has been my passion for sixty years.  I don't imagine I'll write anything outside those two areas.

4.  How does my writing process work?  I don't have a writing process so I guess it doesn't work. I let a story line play in mind for a while until it has enough substance to become chapter one.  At some point, toward the end of that first chapter, the protagonist will pick up the story and go with it.  I follow along, watching, and pretending I'm leading the parade, when it's obvious to anyone watching that I'm bring up the end of the procession.

And now the authors who agreed to play. 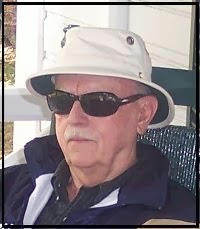 Caleb Pirtle Is the author of more than sixty published books.  That's not a misprint - sixty books.  He and Stephen Woodfin co-created and operate Venture Galleries.  We met two years ago when Caleb asked about Triberr, a blog promotion platform that was in its infancy at the time.  One thing led to another and we became good friends. For more than a year Caleb, Stephen, Christina, and I have been "hanging out" in weekly G+ gatherings to discuss writing, publishing, and marketing. 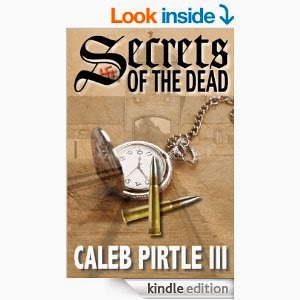 The first thing I look for in someone is a sense of humor, and I didn't have to look far to find Caleb's.  He is a warm, friendly man, who has forgotten more about writing than most authors know and best of all, he is more than willing to share it all.  If you haven't checked out his works, there is no time better than this moment. 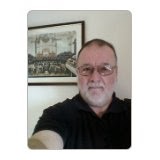 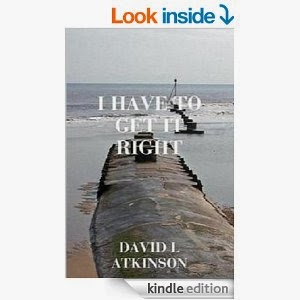 David Atkinson - I've been an indie author for more than two years and I can't remember a single day that I didn't know David.  I think of him as a rock.  One of those rare people that one meets and knows instantly they can count on.  He has never failed to do whatever favor I asked and he usually does it before I ask.  David is a native of the UK.  I once told him that it's comforting to know that from 2 AM to 8 AM, the hours I normally sleep, he is up and has the world secured.  He is a man you can count on.  That rare trait cuts through his books like the beam from a lighthouse pieces a fog bank.  If you haven't already, check out The Steele novels and you'll see what I mean. 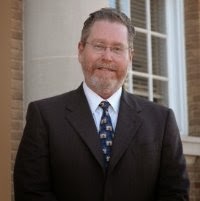 Stephen Woodfin Is a lawyer, a writer, a voice over artist and book narrator, and a devoted husband and father - that sounds like a Rotary Club Introduction but I assure you, it's all true. 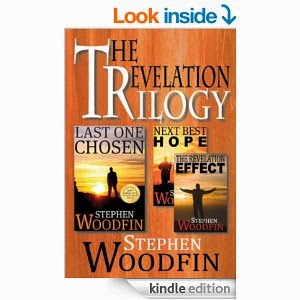 And, it should be noted that he is willing to share all of his knowledge for no reason other than to
make your path a bit smoother to travel.

Even though I count heavily on Roger the Soundguy for assistance in my latest project, audio narration, I know that Stephen is ready and willing to answer any question I have.  I've posted the cover from the Revelation Trilogy, but my personal favorite is The Warrior With Alzheimer's.  My recommendation is, don't miss a single one of his books. 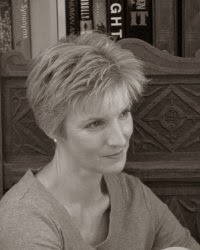 Gae-Lynn Woods is the captain of this team. She drove a hard bargain before accepting the position, but it was worth the price to get the east Texas rancher, world traveler, and best selling author on the team.

Gae-Lynn, the author of the Cass Elliott series is not only a world traveler, she is a world class author. 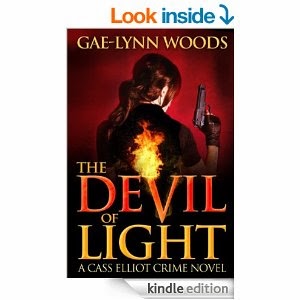 Devil of Light is the first in her Cass Elliott series. The second is The Avengers of Blood.

It has been my pleasure to know and work with Gae-Lynn for the better part of two years.  I haven't found a more agreeable, talented, and genuinely funny writer in a long time.  If you don't know her and her works don't waste another minute taking care of that oversight.