The Difference That Matters 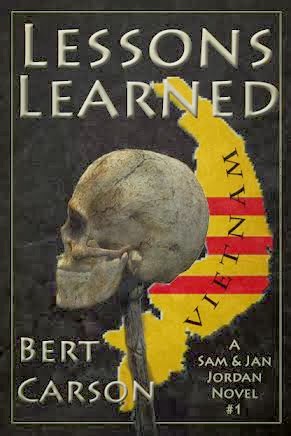 Lessons Learned has finally turned for home. It was too long in the writing, which means it needs more editing help.

I liked the story the first time the idea for it flitted through my mind, and I quickly knocked out a few chapters just to see if there was anything there.  Then, I sent them to Caleb Pirtle who started posting them as a serialized novel on Venture Galleries without mentioning it to me.

The first I heard about his running the chapters was when I opened this email from him: "Hi Bert, Just a reminder to let you know that I've posted the last chapter of Lessons Learned that I have... Caleb"

I considered this reply, "Hell Caleb, you've posted the last chapter that anyone has..."  I didn't do that because I knew he already knew that. Instead I wrote, "Do you think anyone is reading it?"

It doesn't take much to encourage a writer, at least not this one.  So, through a wild summer work schedule and with occasional reminders from Caleb, I finished the final chapter a couple of weeks ago and sent it to Caleb.  Then I emailed Rebecca Dickson, who breathes life into piles of paper that were headed for the scrap drawer, and begged for an editing date...and got one.

Here's why.  Rebecca is the difference between this:

I stood on the corner at the edge of the park and watched her disappear down the tree lined Natchez street.  Though I was the only one who knew, she was walking away with a lot of misconceptions I have held for years about Mississippi.

We latch onto misconceptions when we are kids. One of mine was the belief that though natives of Alabama were unsophisticated, Mississippians were even lower on the sophistication ladder. As I watched Jan walk away, I was totally cognizant that she had casually and completely stomped all over that Mississippi misconception.

Using a well known Robert Frost phrase, I will say with the same confidence he used when he said it, ...and that has made all the difference.


I am  learning the art of audio narration by recording each chapter of Lessons Learned.  I'd appreciate your thoughts on both the book and the narration:
The Audio Files Are Here
Bert Carson