If you're going to feed birds, you need bird feeders and we have a few; three large tube feeders, two suet feeders, and a homemade squirrel/chipmunk feeder (well, you can't leave those guys out).  The feeding routine varies from season to season and often from day to day, but the basic drill is fill the suet feeder(s), put a cup of sunflower seeds in the squirrel/chipmunk feeder, and scatter a cup of peanuts nearby.  Then move north to the tube feeders and top each of them off, scatter a scoop of cracked corn under them and add a cup of peanuts.  Finally, check for a cob of corn.  If it isn't under the big tree near the house, the squirrels finished it or carried it up into the tree to eat later.  In either case, if it's gone, leave them another. 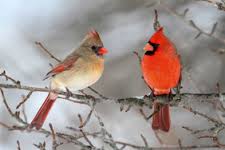 This time of year there are a lot of starlings and grackles passing through and they can go through 5 or 6 suet cakes in a day.  Also, it's dove hunting season, so we have more of them than usual as they move into town to get out of harms way.  The dove, along with the pigeons, will go through an extra scoop of cracked corn.  Late in the afternoon, just before dark, everyone will be gone except the cardinals,  who always show up then, so we have to be sure the tube feeders are topped off for their arrival. 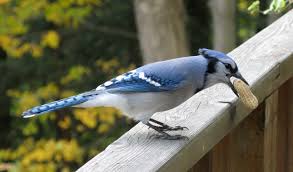 And then there's Baker Street.  You've probably figured that the name is connected to Sherlock Holmes of Number 12 Baker Street, and if you have made that association, you are correct.  Specifically the name came from Sherlock's Baker Street Gang, the young boys who often assisted him.

However, my reference isn't to boys but to a raucous group of Blue Jays who are seldom in sight when I go out to fill the feeders.  However, as soon as the first peanut hits the ground, I hear them calling and moving toward me.  Their intention is clear.  They want every single peanut I've just scattered, and they attempt to get them by screaming a warning at any squirrel, woodpecker, or grackle who tries to deter them.

So who are The Mongols I referred to in the blog title?  I'm glad you asked.  A few months ago, while sitting at my writing desk, I looked up from my journal just as a group of of twelve or so sparrows swept out of the the treeline behind the house and headed straight for the three tube feeders.  Moving fast, they dropped a couple of feet below the feeders then used their momentum to regain the altitude they needed to reach the feeders without any loss of speed.  Each went directly to an open perch/port as if they had drawn it up on a chalkboard like a football coach diagrams a play.  Since that day, I've watched that maneuver countless times and never once has even one of the tiny birds so much as jostled another in their wild approach to the feeders.  Just like Mongols, I thought, the first time and every subsequent time I've see it.  No wonder God accounts for each one of them - they are magnificent examples of what life can be...