The Burden of The Profession 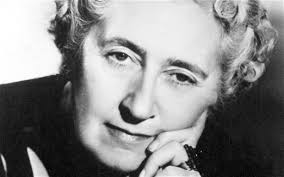 I owe this post to my friend, David Atkinson.  What I actually mean is, I stole this Agatha Christie quote from David, who posted it in his blog of 14 Jan 2016.

On that topic, David's blog today (Saturday 1/16/16) about Alan Rickman is also a gold mine, and I'm sure I'll snitch one or two of the quotes from it just as soon as I post this one.

Now, here's what Agatha said that caught my attention:

There was a moment when I changed from an amateur to a professional.  I assumed the burden of a profession, which is to write even when you don't want to, don't much like what you're writing, and aren't writing particularly well.  Agatha Christie

I've had many professions, and each came with its own burdens and, though Agatha didn't mention rewards, they each came with their rewards.  Writing has many rewards.  Usually the first ones that come to the mind of an amateur writer are the rewards of writing a blockbuster, number-one, chart-topping, best seller - a home run!

Even though I haven't swung a bat or even touched a baseball in years, and in spite of the fact that I'm 73 years old, I know I still have the strength to hit a home run.  What I don't have is experience.  The last time I hit a home run, of the baseball variety, I was twelve years old.  Though its ancient history, I remember it well.  I crushed the ball and just like Babe Ruth, I felt it give, and I knew it was going to leave the park.

A Babe Ruth home run traveled over 200' further than my Little League effort, so, do I really think I can do that?

Yep, I know I can do it, if I assume the burden of a professional baseball player.  Understand, I'm not talking about a run-of -the-mill baseball player.  I'm talking about a slugger, a player that everyone knows can blast one over the wall with a mighty swing of that 30 ounce slab of wood he carries to the plate with the confidence of King Arthur carrying Excalibur.

I'm not talking about a player who lucks out and hits one, maybe two, home runs every other season.  I'm talking about the player that everyone knows has the ability to crush any pitch, no matter whether it is high or low, in or out of the strike zone, or traveling at 78 or 107 miles an hour.  And everyone also knows when he makes contact the way he can, the ball is history.  It is over the wall and out of the park before the outfielder can even turn to watch it leave.

What is the burden of the profession I will have to assume to become a fearsome home run hitter?  That's easy.  All I have to do is bat when I don't want to, when I don't much like what I'm doing, and when I'm not doing it particularly well.

It should.  It's what Agatha Christie said she did to become a professional writer. The truth is, Agatha's three steps can, with a little cutting and pasting, be applied to any profession - no exceptions.

So, if you want to be a professional, at anything, the requirements are the simple:


Do it when you don't want to.

Do when you don't much like what you're doing.

Do it when you aren't doing it particularly well.