Bridges Across Space And Time 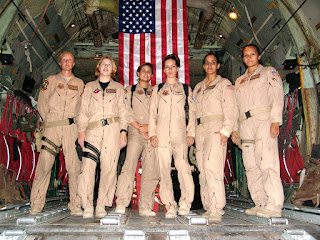 Memories are a major player in who we are and how we act and react.  Actually, memories, and our subsequent interpretation of them, is the player I'm talking about.

What I mean is simply this, everything that has happened to you is a factor in your behavior.  If that sounds overwhelming, it's only half the story.  In addition to the things that happened, the things you've only imagined are also factors.

Real or imagined, the effect of our memories are present in all our actions.  That's not necessarily a "bad" thing, or a "good" thing, it is just a thing, a factor in what makes us tick.  Memories can be relived, and they can altered.  There is a secret to doing that, and I'm going to tell you what it is, because you just might find it useful one day.

I found them when I was working on the first of draft of Southern Investigation - Tucson. The book is a novel, but I decided to use their real names without changing them.  I'm in the final edit process of the book and before I publish it, I'll get their permission.  Until then, the only changes for them are reassignment to the West Virginia Air National Guard and conversion of their Hercules, a cargo hauler, to a tanker equipped to carry fire retardant chemicals. Instead of working in Afghanistan, they are training in southern Arizona, after the plane's conversion.  There they meet the crew from my book Southern Investigation - Tucson.

When I write, my characters come to life for me.  I couldn't stop that process if I wanted to.  So, when the crew pictured above met the characters of the book, they came to life together and they still live in my memories.  This is the part I love more than words could ever explain - all I have to do is re-read a passage, and the book bridges both time and space placing me "on location" once again. Here's a living example:

The guys of Southern Investigation have had a closer encounter with the bad guys, a Mexican drug cartel, and they are making a run for the border.  The backup they had counted on in case things went bad, is too far away to help.

Here's what happens next:

...when I'd confirmed that no one had been injured in our forced landing, I began searching my mind for something amusing in the situation.  Something that would take away the fear that was growing by the second.  That's just how my mind works.  I didn't have to wait long.
My handheld radio crackled to life and a female voice said, "Southern Investigation, this is Hillbilly.  It sounds like you guys could use some help."
I didn't think, YES, help is on the way.  Instead, I instantly thought, "It is Tinker Bell.  Sid was right.  She is coming to save us."
I clicked the mike, "Hillbilly, Southern Investigation, what do you have in mind?"
Major Carol Mitchell, call sign Hillbilly, responded, "Southern Investigation, go to your secure frequency."
I changed radio frequencies, realizing as I did that Shirley or Faith Ann had given Carol the frequency.  With the radio reset I keyed the mike and said, "Southern Investigation secure."
Southern Investigation, we just happen to have 3,000 gallons of fire retardant on board and we are looking for a place for a test drop it. Do you have a suggestion?"
Before I answered, I glanced at Sid and David who were monitoring the conversation, and I whispered to them, "It's Tinker Bell.  She's here to save Peter Pan."
"That will be me," Sid said, grinning like the lead boy from Never-land.

Here's the point:  I can explain the set up, to you as objectively as I can read tomorrow's Huntsville, Alabama weather forecast to you.  But when I read the actual passage, something magical happens.  I'm there, in the desert.  I feel the desperation of the moment and the joy when the radio springs to life.

Use a bridge to find and relive the passion in your memories.  It doesn't matter if the bridge is a song, a photo, or book.  They are all equally effective. Put the life back into your memories.  It's like adding water to your favorite instant drink.  Just stir and enjoy.