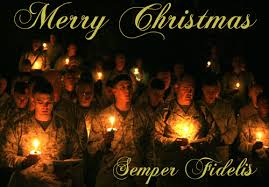 It was two weeks before Christmas, and I was three days away from finishing fall/Christmas, the busiest season for our little portrait business. As well, I was dragging a bit.  I'd just finished a photo sale, and I was eighty miles away from home and thinking that eight miles would have been too many.

I stopped at a convenience store for a bottle of water and a rest room break.  When I parked, I noticed a man sitting on the curb about fifty feet away.  His head was down so I couldn't see his face, still something about him was familiar.  A few minutes later, I walked out of the store, five pounds lighter, with a bottle of smart water in my hand, but I didn't feel particularly smart. I was just tired and ready to be home.

The man was still there, still looking down, still radiating a sense of familiarity.  I paused at the front bumper of my vehicle, and he looked up and swung his head toward me.  I had never seen him before, but he was familiar, like the old guy who stares out of the mirror at me every morning.  Not someone I know but still familiar.

Our eyes met, and he asked without much hope, "Are you going through Rainsville?"

"Could you give me a lift?" he asked with even less hope in his voice.

Faster than I suspect he had moved in a long time, he jumped to his feet, "Really?" he almost shouted.

"Yep, really.  Just give me a minute to clear your side of the vehicle."

A minute or so later he was settled in, and I was pulling onto Alabama Highway 35.  I opened my mouth to speak, but before I could get a word out he gushed, "You need to know I won't ever lie to you.  I'm a Vietnam Veteran.  I've spent the whole afternoon in jail..." He paused, sighed, then added, "And I don't smell good..."

He didn't have to add that last sentence.

"When were you there?" I asked.

"68 and 69," he said, without hesitation.  Before I could respond he continued, more to himself than to me. "I asked at least ten people if they were going to Rainsville.  They all said no, but when they left, they each turned toward toward Rainsville."

His head dropped and he stared straight ahead.  Without thinking I said, "They were afraid of you."

Without raising his head and so softly I could barely hear, he asked, "Why aren't you afraid?"

I was focused on traffic and staring straight ahead, but I sensed him raise his head and look at me as he waited for my answer.  I considered the question and finally said, "Because I was there in '67 and '68."

He thought about that a few seconds then asked, "What do you think scared them?  My long hair?"

"Nope, it wasn't your hair, or smell, or anything else they could see.  It was Vietnam, which they couldn't see but they could sense."

I glanced at him, and he grinned and said, "You scare them too, don't you?"

"Yep, I do and there's nothing either of us can do about that.  Now, tell me where  you live?"

He actually lived about ten miles east of Rainsville, and it was my good pleasure to give him a ride to his house.  As we rode he told me all about his girlfriend who got mad because he was drunk, so she called the cops, and they hauled him to jail where he had been for the past six hours.  Then we talked about Vietnam and the Marines and the Army and how we couldn't believe how fast the last fifty-three years had passed. We agreed that we'd left something in Vietnam, something we'd probably never have again.

Then he said, "Turn left here. It's the second drive on the left.  Just let me off at the mailbox because the drive is too muddy for you to go all the way to house."

He got out, closed the door gently and pulled himself up tall and straight the way he had stood fifty-three years ago, and he saluted.

I returned the salute as smartly as I could from my position behind the steering wheel and said, "Merry Christmas, Marine.  Tell your buddies you got a ride with an Army guy from the 214th Combat Aviation Battalion, the Cougars."

As I slipped the vehicle into first and engaged the clutch he called out, "I'll do that Sarge and Merry Christmas to you too...