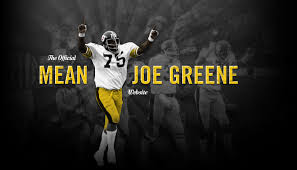 The Number One Superbowl Advertisement will not be seen on this year's Super Bowl because it aired thirty-six years ago.  It is the Coca-Cola - Mean Joe Greene and The Kid Commercial.

If you haven't seen it, take a look.  In 60 seconds you'll see why it outclasses all of today's competitors - like Skinny Legs Peyton Manning and Flo the Insurance Girl.

The reason it's still number one has nothing to do with Joe Greene or Peyton Manning or Flo.  It's simply old fashioned values vs tacky cheap shots.  And, lest you think my assessment of old fashioned values is the difference in the two commercials, let's take a look at what's happening in music.

Adele's latest album, 25, has sold over a million copies every week since its release four weeks ago.  No album has come close to that in over five years.  So what's the connection to a 36 year old soft drink commercial?  Adele's sound is "old fashioned" and her lyrics aren't about sex, drugs, murder, and mayhem.

Obviously there is an audience for old fashioned.  And, before you jump to the conclusion that her album sales are a fluke, consider this, to date, more than ten million of us have attempted to buy a ticket for Adele's upcoming U.S. tour.