Without A Home But Not Without A Star.... 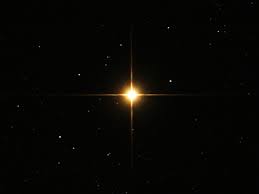 I don't always run with music; tonight I did.  I had an idea that I was going to be a little low on energy after consecutive nights around my seven and a half mile loop in 28 degree weather.  I was so sure I'd need the extra help that music often gives me that I selected a playlist I call The Beat.

There are twelve songs on that list, one, Springsteen's Dancing in the Dark, is usually the one I lock onto, the one that gets me home.  Tonight I didn't pay that much attention to it, beyond its pounding beat.

But tonight, another song grabbed me, and I set my iPod on repeat and came home with Neil Diamond's America.  The line - Without a home but not without a star.  It brought to mind this passage from William Wordsworth's Intimations of Immortality:


Our birth is but a sleep and a forgetting:
The Soul that rises with us, our life's Star,
Hath had elsewhere its setting,
And cometh from afar:
Not in entire forgetfulness,
And not in utter nakedness,
But trailing clouds of glory do we come
From God, who is our home:
Heaven lies about us in our infancy?
Shades of the prison-house begin to close
Upon the growing Boy,
But he beholds the light, and whence it flows,
He sees it in his joy;
The Youth, who daily farther from the east
Must travel, still is Nature's priest,
And by the vision splendid
Is on his way attended:
At length the Man perceives it die away,
And fade into the light of common day.

I believe that star, our star, never sets, but always shines.  The issue is one of our living with bowed heads and downcast eyes, no longer looking toward the heaven.  I'm confident that was Rilke's inspiration when he wrote:

Sometimes a man stands up during supper
and walks outdoors, and keeps on walking,
because of a church that stands somewhere in the East.

And his children say blessings on him as if he were dead.

And another man, who remains inside his own house,
stays there, inside the dishes in the glasses,
so that his children have to go far out into the world
toward that same church, which he forgot.

The song is about America, but the line that grabbed me is about much more.