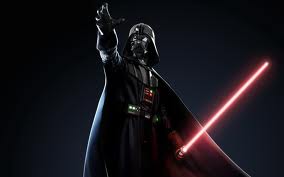 You don't have to go far, probably just inside your head is far enough, to find the complaint center for the way things are being handled.  But, it's not just a head trip. eavesdrop on any conversation, and you'll hear the same thing that is going on in your head:

"It's hard for me to believe that we elected these people..."
"Clearly, they have no regard for people..."
"I'm telling you, we are circling the drain and no seems to..."
"What do think it will take to get them to..."
"It's not happening in their neighborhood..."
"Maybe we are chasing the wrong people with those damn drones..."

I overheard those remarks yesterday, while waiting in line at Starbucks.  Like you, and the rest of our friends and neighbors, I'd heard it all before, so I didn't bother to listen for the rest–too focused on a grande, whole milk, latte, I suppose.  Or maybe it's because I've heard it all before.  Or maybe it worse than that.  Maybe I'm just like Obi-Wan, intent on "avoiding any Imperial Entanglements."

Obi-Wan said, "Let's just say we would like to avoid any Imperial Entanglements."
Hans Solo replied, "Well, that's the real trick, isn't it?"

Edmund Burke is best remembered for saying, "All that is required for evil to prevail is for good men to do nothing."  Nothing has changed since he said it over two hundred years ago, and nothing will ever change until "good men" change it.

Maybe it's time to quit complaining at Starbucks (and everywhere else) and take a run at the Empire.