by Bert Carson
The Star Wars Trilogy, the first three movies released, is, in fact, a documentary.  Not many people know that, so keep it to yourself.

When Luke and Obi-Wan Kenobi approach Hans Solo, to arrange transportation, Solo's classic line, at least his classic line from my perspective, is, "You've never heard of the Millennium Falcon?"

This dialog has been locked in my mind, not far from the front door, since I first heard it:

Hans said, "You've never heard of the Millennium Falcon?"
and Obi-Wan replied, "Should I have?"

The reason those two lines are locked so close to the front door of my mind is, the question applies to everything?

Now, to answer Obi-Wan's question, "Should I have?"

In the old days, before internet and smart phones, you probably shouldn't have heard of those things.  But today, in the information age, there is no reason not to have heard of them.

There is no reason to live in a tiny box of information when everything man has ever done - the good, the bad, and the ugly - is accessible with a click or a finger press. Even the untrue, made up, half-truths are there.

So now, do you remember The Millennium Falcon? 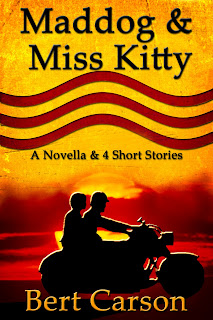 War brought them together and separated them.

Love overcame both war and time and brought them back together.

Captain Kathleen Timmons was winding up her third tour at the Evac Hospital in Saigon when the call came for a medic to fly with a dust off crew to the site of a downed helicopter. All of the medics were on other assignments. Kathleen hesitated a moment and responded, "Send the dust off, a medic will be on the pad."
Though it was against regulations for a woman to go into a combat situation, Kathleen was waiting at the landing pad when the chopper sat down. The pilot tried to talk her out of going. Kathleen said, "It's me or nobody. We're wasting time here."
The wreckage of the downed Huey was scattered over a large area and the landing zone was still a target for VC snipers. Kathleen and the dust off crew loaded the two survivors they found and were preparing to leave when one of the wounded men grabbed her arm and shouted, "Did you get Maddog."
Straining to be heard above the sound of the screaming turbine, Kathleen shouted, "Who is Maddog?"
She leaned close to the wounded man and heard him say, "Maddog is our crew chief.)
Kathleen stood, leaned across the back of the dust off aircraft commander's seat and shouted into his helmet, "Hold here. We've got to find Maddog."
Before he could reply she jumped from the chopper. Kathleen spotted Maddog fifty feet from the the main fuselage and with one of the dust off crew men, carried him back to the chopper.
As they lifted out of the landing zone Kathleen touched the door gunners arm. When he opened his eyes, she shouted. "We've got Maddog."

˃˃˃ Maddog left Vietnam on the hospital flight that took Kathleen back to the states.

A reader said:
"I don't read war stories. Ever. This is not a war story. This is a life story.
There are bits of romance, bits of joy, bits of pain, and a lot of reality.