by Bert Carson
I hadn't planned to post another blog today - so much for plans.  Before I began the day's writing, I decided to check my email, which included my weekly update from Mark Lee of the Masquerade Crew.  I opened it and was grabbed by the title of a blog post written by Diantha Jones that he had re-posted last week, with the author's permission.

I read one line of the post, Why My Books Will Probably Never Be Free, and I was hooked.  She said everything I've been saying about the free book concept, only she said it eloquently and without expletives.

I went to her site, Diantha Jones - author of the Oracle of Delphi Series (which you don't want to miss), contacted her, and asked if I could re-re-post the blog.  In minutes, she answered and said yes.

Here is the post, just the way she said it, with no swear words added by me.  (Note - if you'd like to read it on her blog site - click here Why My Books Will Probably Never Be Free.

M.E. Monday #30–Why My Books will Probably Never be Free 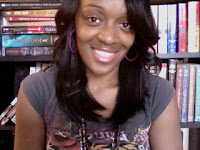 Do you want to know how many free eBooks I've downloaded in the last year?

One hundred and twelve.

Want to know how many of these one hundred and twelve eBooks I've actually read?

In a year, I've read three of the one hundred and twelve eBooks I've downloaded from Amazon, B&N, Smashwords etc. And guess what? Despite great premises, the last two were two of the worst books I've ever read (The Queen's Blade was the good one. GREAT, in fact).

Want to know how many books I've purchased in the last year?

How many have I read?

Forty-two. I read most of the books I purchase within a month or two of purchasing them, especially if they are eBooks (I am a huge eReader fan).
Are you seeing where I'm taking this yet?

I don't read most of the free books I download and I suspect many others don't either. This excludes review books (ARC's from publishers and authors or NetGalley). I accept these free books as part of a deal, a transaction. A book for a review. I'm obligated (in a sense) to read these books and give my opinion. These don't count. Neither do books I receive as part of a giveaway. I played the "game" and won. These are prizes (really, really good prizes), but prizes nonetheless.

I'm talking about books I download on my own accord and forget are on my reader within a few hours. I've wondered for a while why this happens to me time and time again, but I think I've finally figured it out.
I don't value free books.

That's not to say I don't understand and appreciate all the hard work that went into writing the book (of course I do!) or that I don't value my fellow authors. Believe me, I do! I just wonder why so many authors are cool with giving their books away for free. It doesn't make sense to me. You spend months, probably more like years, writing the darn thing, and then you just give it away to any and everybody who wants it (book bloggers excluded)? Hell no. Not happening over here.

Now, I'm not knocking those of you who want to give away your work for free. I'm sure your reasons for doing so are just as valid as mine for not doing so. You want to get your book into the hands of as many people as possible, and just maybe a few of those people will actually read it. Might even write a review. Totally understandable! A lot of downloads also raises your Amazon ranking, I hear. So...I get it.

I just don't understand how this benefits you, the author. Maybe I just need more facts. Does a higher Amazon ranking garner sales for an author's other works? It's quite possible, so if this is a reason, then I understand. That's not enough to make me do it, but I totally get why another author would see the magic in it.
When I initially released Prophecy of the Most Beautiful, it was 99¢. Then $1.99, now $2.99, and that's where it shall stay. I plan to reduce it to 99¢ for the month of July, but then it will go right back to $2.99 in August. But it won't be free. I just can't do it. I feel icky just thinking about it and I don't like feeling icky. I worked too hard on that book and I feel like I'm cheating myself doing that. Maybe I'm being dramatic, but it's how I feel.

Basically, books I've paid for get priority over those that I don't. I not only value paid-for books more, I value my money too! Whether 99¢ or $15.99, money is money. I spent it, on YOUR BOOK, and I'm not about to let my money go to waste. It's as good as read. Maybe not right this second, but soon. It's how I operate. Most of the free eBooks I've downloaded will never be read, and that's just the truth.

How do you feel about free books?