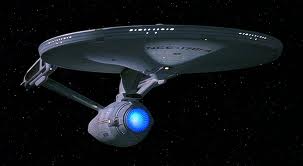 Early in its run, the opening lines of the Star Trek television series evolved to this:

“Space: the final frontier. These are the voyages of the starship Enterprise. Its five-year mission: to explore strange new worlds, to seek out new life and new civilizations, to boldly go where no man has gone before.”


The opening was followed by a commercial break and finally the episode began, with these words:

I've recently been reminded of the power of the principle of the Captain's Log.   I've always maintained a running log, but I've done it out of habit.  The habit was born when my running mentor, Carl Touchstone, insisted that I keep the log, so I did, though I didn't know why, beyond the fact that Carl said do it.

For the first five weeks of this year, I maintained the log as I've done for more than thirty years.  Then, for no reason that I can recall, I stopped making the daily entries.  Late in March, I finally noticed that both my mileage and the frequency of my runs were dropping.

I thought it might be the weather, or maybe my shoes, or worst of all, my age. Spring came and the weather changed, but my mileage continued to drop.  I changed shoe models, but my running frequency kept dropping.  I couldn't do anything to slow the calendar, so I dropped age as the reason for my running decline when it occurred to me that I've been aging every day since I started running.

Then I heard the beginning of a Star Trek episode, "Captain's Log, stardate..." and I knew that shoes or weather weren't the problem.  Not maintaining my running log was the problem.

Fortunately, I have another running habit.  I wear a Garmin 405 Runners' Watch with heart monitor and GPS.  The watch records all the details of every run. When I stopped maintaining my running log, I'd also stopped printing out the details of my runs that the watch recorded.  I found all the records, in the Garmin database on my laptop and printed them out.  Then I created an Excel template to record each one and began entering the data: all six plus months of it.

I started the restoration project a few days before the end of July, and I finished it last night, August 8th.  As I recorded the last August entry, I sat back and looked at the August month-to-date spreadsheet and realized that I have not missed a single running day (ideally I run three days and take one day off) since I started catching up my running log. I laughed when I heard Touchstone, from the back of my mind, saying, "See, Carson, didn't I tell you.  Keep a log and don't miss a single day making an entry in it."

The Captain's Log principle applies to all endeavors that matter.  Whether we call our record a journal or a diary, running log or even a daily blog post, the principle is the same.  Without a record of our voyage, we might as well have stayed at home.