Love Wins - "How many can we get for sixty dollars?" 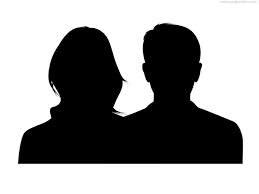 by Bert Carson
By night, I'm a writer, runner, and Atlanta Braves baseball fan.
By day, I'm one of three partners in United Portrait Studios. We have no employees.  There's just the three of us, working with almost two hundred day care centers, spread across three states.

It's a simple business.  Adrienne takes the photos, Christina handles the admin, after sale orders, and assists at large sales, and I drive, show pictures, and listen to exclamations of delight as parents, grandparents, and kids look at the pictures I spread on the old folding table I use for display purposes.

Our pictures are the very best, 5 Star Studio Quality, though as often as not, Adrienne is working in the corner of a classroom with an audience of fifteen or twenty kids.

Christina's job is demanding, more so since we've been "discovered."  There are just so many days in a month and fitting everyone on the calendar is tough.  In addition, she prepares the proof packages for each child, tracks reorders, and handles all after-sale orders.

Me, I have the easy job.  I show the pictures, write up the orders, and deliver the photos.  I hear people laugh and squeal with delight when I show them the photos. Finally, I show them our price sheet and agree with them when they say things like, "This is all?" or "And that includes everything?" or "You won't believe what I just paid?"

This isn't selling in the conventional sense of the word.  In fact, the photos are too good and our pricing too economical to require the sophisticated sales techniques I used when selling cars and lease trucks.  And, as a partner, I'm even allowed to "adjust" the pricing on occasion.  That's what this post is about, one of those recent occasions.

I'm well known at the center, whose name or location I won't mention.  It was late on the second day of the two-day sale.  I'd seen almost all the parents and grandparents of the children whose photos we'd taken.  My thoughts were flitting from the next chapter of the book I'm working on, to a half-finished blog post, and on to the Braves winning another game while I listened to them on the drive back to the house.

The Director of the day care interrupted my thought-hopping when she came over and said, "Let me see who you have that hasn't been seen their kid's pictures."

Together we flipped thought the file box of photos.  There were only a few packages left, and of them, only one that hadn't been seen the day before.  When she looked at the names of the two children on that package, she said, "Oh, I forgot to tell you.  Their mother and father work out of town.  Mom called just after lunch and asked me to tell you they couldn't make it yesterday because they both worked double shifts.  She wanted to make sure you knew they would be here today."

She stopped talking, turned away from the pictures and looked right in my eyes, "They are strapped, really strapped.  They work hard, but things aren't easy for them..."  She searched for the right words, brightened and said, "But they love each other and those kids.  That's going to get them through.  You'll see when they get here."

Ten minutes before closing time, the couple walked in the door.  I knew it was them when I heard their children, in unison, shout, "Mama, Daddy, Mama, Daddy..." as they ran for their parents.

A minute later, each holding one of their children, they were standing beside me as I spread the pictures on the table.  They didn't squeal or shout.  In fact, they hardly made a sound.  With the last picture displayed I turned to them and saw why - they had their free arms around each other and tears were streaming down both their faces.

I stopped explaining our packages and pricing and looked at the Director who was watching from across the room, tears running down her face.  I made the tear scene unanimous, and we all stood in place for a long moment.  Finally mom looked at dad and managed to say, "What do you think?"

He slowly raised his eyes from the pictures and looked at her, "I love them.  I love them all?"

"Can we afford them?" she asked.

He didn't answer.  Instead he pulled a thin battered wallet out of his pocket and extracted a few folded bills.  He unfolded them, spread them in his hand, and like a desperate poker player, raised his eyes to mine and said, "How many can we get for sixty dollars?"

I turned the price sheet that read, "Entire Package - twelve sheets and portfolio - Only $109.95" over so he wouldn't be distracted by it and said, "You get everything for sixty dollars."

Fifteen minutes later, I had everything packed away in the car, and I went back inside and told the Director goodbye.  As I turned for the door she called out, "That's why no one else will ever take pictures of our children."

I just turned and waved, not trusting myself to say anything.