A Time To Remember 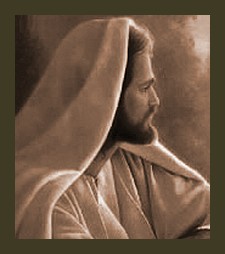 For a number of reasons, I had not considered writing an Easter post, and I probably wouldn't have if I hadn't read Stephen Woodfin's blog, Conversations With A Lead Sky, a few minutes ago.

"He had come as far as he thought he could, but still faced the hardest part of the journey."

The main reason I wasn't going to write an Easter blog is, I'm not a Christian.  That's doesn't mean I don't accept the teachings of Jesus the Christ.  I do.  I'm just not a Christian.  Organized religion, in all it's forms, stopped serving me a long, long time ago.  So I stopped looking for Christ in religion, and then I found Christ in my heart.

Understand, Christ is not, and never has been a man.  Christ is a term that signifies the highest state of human consciousness.  Christ was also the state of consciousness of the person the Christian world celebrates this weekend.  The one we know as Jesus.

What Jesus did was so beyond the grasp of people who lived two thousand years ago, today, and every year in between, that humanity has given him an unattainable position, when, in fact, he dedicated his life to teaching that he was a man - a human man.

This weekend, like last weekend, and next weekend, I'll contemplate his words, as recorded by his friend John -

That statement is the greatest promise ever made by one human being to another human being.  It is the promise made by Jesus the Christ, whose state of mind was so aptly captured by Stephen Woodfin in the line, “He had come as far as he thought he could, but still faced the hardest part of the journey.”

Let’s celebrate the fact that he finished his journey, understanding as we celebrate that he did not have to finish, or even begin.