I spent a good portion of the past eighteen months deciding whether to blog from my blogger site (this one) or my WordPress site.

At this moment, I'm using blogger and will probably stick with it because I like it, it's old-guy friendly, and because I've been using blogger for nine years. 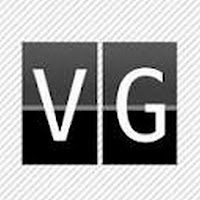 While I was agonizing over that momentous decision, my good friends, Caleb Pirtle and Stephen Woodfin decided to create a website that would become the home-away-from-home for writers and readers.  In a line, their objective was, and is, "Connecting Readers, Writers, and Books."

They called the site Venture Galleries, recorded their ideas on a magic sketch pad, and then carried it to a group of web wizards.  The wizards retired to their secret cave for about ten minutes while they hummed their little wizard songs, mumbled a few incantations that no could hear outside the main hall of the cavern, and waved their magic wands, then Venture Galleries was born and everyone lived happily ever after.

OK, if you don't believe all of my story, believe this.  Caleb Pirtle and Stephen Woodfin, two very talented writers, had a vision.  They tweaked it for months.  Then they made a commitment to it: a two part commitment that involved both time and money.  Then they selected their web design team, told them what they wanted, and spent hours, and hours, and hours, and more hours working with them, until the first version of VG went live.

More than one vision has made it that far and quietly passed away into the internet hereafter, but not the Venture Galleries vision.  Twenty-four hours ago, the two visionaries unveiled the latest version of the Venture Galleries vision and on their behalf, it's my pleasure to invite you take it for a spin.  I promise, you will not want to leave, which of course was part of their plan all along.

Sign up for everything.  Bookmark the site.  And, if you are a writer, advertise on the Venture Galleries - the boys from Texas have created a place that will draw the readers that are looking for you and your books.
- March 08, 2013