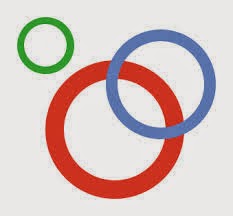 I'm learning G+ the real old-fashioned way, by doing it.  That means I click on stuff until something I didn't suspect would happen, happens.  That's how I found out I could go to someone else's G+ Home, look at everyone in their circles and kidnap a few for my circles.

I also found out that some of my friends have rather diverse circle occupants.  For example, my buddy, Stephen Woodfin, has Paris Hilton, The Dali Lama, Lady Gaga and LeBron James in his circles - where else could you find that group together? 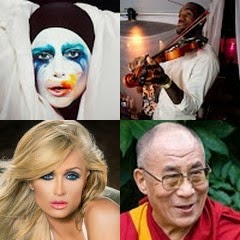 In fact, Stephen has such a diverse group I didn't know where to put a lot of them, so in a moment of great clarity, I saw the solution, created a new circle, named it after Stephen and put them in it so I could keep an eye on them—here it is.  Now you can take them to "your house of circles" and keep an eye on them."

Then I found that I could search terms and keywords on G+.  I searched "literary agents," and quickly built a new circle that I called "agents" and in short order there were sixty G+ Literary Agents occupying the space.

I rested a moment, had another inspired thought, and searched "Voice Over Actor," a field Christina and I are getting into, and within minutes I had a new circle of Voice Over Specialists to give us a hand as we learn the business.

Is there something you would like to more information about?  This is an easy way to gather mentors—a way I have overlooked for a long, long time, but not again.

I opened my new Voice Over Actor Circle and began reading and listening to the work of my new mentors - I was quickly captured by them, but one in particular caught my attention, and I knew you'd enjoy his special Christmas gift also:  So here is Bruce Miles with The Night Before Christmas - a bit late but always timely - enjoy.