The Most Powerful Force In The Universe 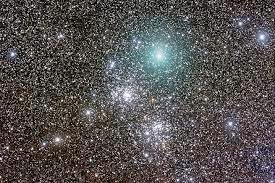 Consciousness is, in its most simple form, the state of of one's awareness.

Directed Consciousness, or a high state of awareness, is the most powerful force in the universe.

Consciousness not directed, or a low state of awareness, is a runaway train—a derailment waiting to happen.

We all have the ability, and to some extent use that ability, to direct our consciousness.   However, all experts in such matters agree that only a few people in history have used even a small percentage of their potential power.  Specifically, the number that is most often presented is 10%, as in humans use 10% or less of their potential.

Forget the estimates of used or unused potential.  There's no way to measure human potential, and the figure given isn't even specific.  There's never a footnote saying 10% is an average of the entire life of the individual whose potential has been measured.  Nor does the meaningless number say whether it represents the person's entire life.  And, if you choose to ponder the number, you have to wonder if it includes low awareness time like sleeping, time spent waiting to check out at Walmart, or the hours spent snarled in traffic, etc.

It really doesn't matter whether most people are in a state of high or low awareness most of the time.  All that matters is, knowing your state of awareness and keeping at the highest possible level at all times, even when sleeping or checking out at Walmart.