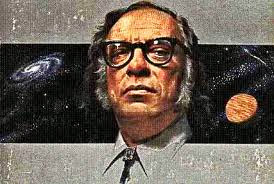 National Science Fiction Day is unofficially celebrated by many science fiction fans in the United States on January 2, a date that was chosen to correspond with the official birthdate of famed science fiction writer Isaac Asimov.

Frankly, I always thought the phrase, science fiction was redundant, and nothing has ever changed my mind.

I've always loved to read SF, so it stands to reason that it has shown up in a couple of my books.  First, in Southern Investigation, which I describe as a book about private investigators.  It wasn't an intentional act of deception but I did fail to mention that a group of Vietnam POWs in the book learned to manifest in two places at the same time, and in one of the places where they appear, they show up in the two helicopters that crashed and burned at the time of their capture.

And then there's the "dog book," Another Place Another Time.  Two generations of amazing black German Shepherds  are connected in the story by a time traveler who, at his first appearance makes his home 70 years in the future, and at his second appearance lives 50 years in the future.  A time traveler in a "dog book" makes sense to me.  How about you?