What Do Tahiti and John D. MacDonald Have In Common? 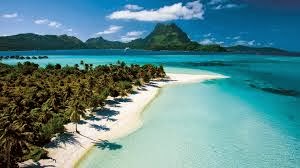 In April 1986, the United States attacked Libya.  Shortly after the bombing, a Holland American Cruise Lines ship sailed into the port at Bora Bora.  Before the ship tied up for another day in paradise, the Captain came on the public address system and told of the attack then explained that American citizens might have to stay over in Tahiti until the situation was stabilized.

As I listened to the announcement, I thought about the last time an unstable war situation had interfered with my travel plans.  I'd cut a compassionate leave short in order to return to my unit in Vietnam to do my part in the celebration of Tet 1968.  Then I thought, this is karma.  I made it back to Vietnam for Tet, and I'm going to be rewarded with extended time in Tahiti.

In spite of not being forced to extend my vacation in Tahiti, that cruise, my first, became the benchmark for a many more cruises.  I can honestly say, I've never been on a "bad" cruise, but I can also honestly say, none has come close to the benchmark set in Tahiti in 1986. 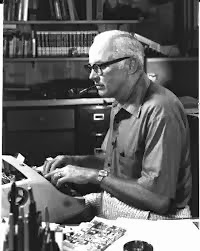 I'm open to taking a cruise that sets the benchmark higher than my 1986 Tahitian cruse, and I'm open to finding an author that I judge to better than John D. MacDonald, but frankly, I think the odds of either of those things happening are pretty slim.  And, that's alright.  My benchmarks are serving me well.