Writers - Looking For A Story Line? 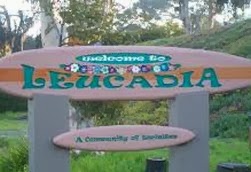 Today I'm sending the rest of Lessons Learned, to my editor.  She already has the first fifteen of forty-three chapters—in fact, I'm sure she is draped around a cup of coffee starting chapter one while I'm telling you this story, which is sort of related, but has nothing to do with me getting the rest of the chapters to her today. So I have to make this short.

Lessons Learned is the story of the effect of war on those who participate in it.  It grew, from what I thought was going to be a simple writing exercise, into a book that is already on the way to becoming a series of books called the Sam and Jan Jordan Series.

I finished the first draft of Lessons Learned last week and immediately started book two, We Have A Call.  Four chapters into it, I realized that I had to know about Mississippi casinos: how they operate, their financial picture, how to get a license to build one, and, though not directly related, money laundering.

That need for knowledge prompted me to Google "casino financial statements," which led me to a number of corporate financial statements. Among the statements was Leucadia National's 2012 Annual Report.  A quick scan led to the profound discovery that all great stories aren't told in books, or short stories, or screen plays, or even around gypsy campfires.

At least one is in Leucadia's 2012 Annual Report.
Following is the beginning and the end of the eighteen page message to stockholders, which you can read in its entirety here.


To Our Shareholders  -  The Last Hurrah
Forty-three years ago, the two of us met at Harvard Business School and thirty-ﬁve years ago was the beginning of a remarkable partnership — the results of which are tabulated on the opposite page. The end of 2012 marks the end of this partnership and the last letter from the two of us. In terms of ﬁnancial results, 2012 was also our most successful year. Earnings before tax for 2012 were $1.371 billion, a record.
For the next few pages we propose an incomplete trip down memory lane, let’s call it an unofﬁcial history, mostly written for the beneﬁt of grandchildren, but we hope our long time shareholders will enjoy it as well.
After graduating from Harvard Business School in 1970, we began working together at a small family owned investment bank with the curious name of Carl Marks and Company. One of us left for an adventure out west and our paths diverged. We were reunited when one of us surfaced in pursuit of Talcott National Corporation, the holding company for an old, but moribund ﬁnancial services company that became embroiled in businesses about which they knew little and was almost insolvent. One of us was a reluctant joiner to the rescue of Talcott and regarded the prospects of success as unlikely. The other, being more enthusiastic, optimistic and in need of a challenge and a paycheck plunged full speed ahead and after a year of urging got the other to sign up for the task. This was the beginning of the partnership which would become Leucadia.
Our backers were our old colleagues from Carl Marks for which we are forever grateful. It took another year of cajoling all two hundred plus creditors, numerous flights to Chicago, Los Angeles and, of all places, Baton Rouge, to convince the last creditor to sign on. And ﬁnally, in April 1979, an out of court reorganization, probably one of the most complicated even to this day, was successfully completed.
Talcott entered reorganization with a negative $8 million book value and emerged with a book value of $23 million. We restructured the company, hunting and recovering value among a hodgepodge of operating businesses and ﬁnancial assets. Little did we know, this approach would become de rigueur  for the next thirty-ﬁve years.
In the course of this adventure we met our now old friends, Tom Mara, our Executive Vice President who preceded us at Talcott, along with Steve Jacobs and Andrea Bernstein who became our lawyers and advisers and remain so to this day.  We relinquished the name Talcott in 1980 with the sale of James Talcott Factors to Lloyds and Scottish, a UK based factoring company. We struggled to ﬁnd a new name — every idea we surfaced was either already taken or rejected by regulators. Adding to the urgency was the SEC’s growing impatience with the blank line at the top our letterhead. One afternoon we were driving north on the San Diego Freeway and happened upon the town of Leucadia, California. Why not?  The name was available and we liked the sound of it. One of our mothers thought it a blood disease. But, it looked great on that interstate exit sign and has served us well.
As we conclude this ﬁnal epistle and wrap up our extraordinary working relationship, we ﬁnd ourselves reflecting on Leucadia’s formidable past and promising future. A 35 year partnership is rare in marriage and even rarer in business. Those unfamiliar with our approach have sometimes been startled by the occasional tenacity of our interactions. We are both strong personalities with correspondingly strong opinions. Each of us has been described as “often wrong, but never in doubt.”
We frequently saw a deal differently or disagreed on the strategic course of an operating company — the alchemy of our partnership enabled us to resolve our differences. We trust one another and respect the value of our differing skills, interests and intuitions.
Over the last 35 years we have unfailingly stood by one another in times of heartache, health and personal challenges. Our relationship means more to us than we easily acknowledge. We owe a special debt to our families who were often neglected while we chased the next deal. We are both blessed with loving wives and children who have risen above our excesses and absences to make us very, very proud.
One of us remains to do all he can to help Rich and Brian take Leucadia to new heights. The other will be cheering – and kibitzing – from the sidelines and building a private family company. Managing Leucadia has been a magniﬁcent adventure. We have done well and so have our shareholders. It has given us great pleasure to meet shareholders and to learn that proceeds from the sale of Leucadia stock sent their kids to college. None of this would have been possible without the hard work, devotion, courage and enthusiasm of our Directors, employees and advisers.
Thank you.  Ian M. Cumming and Joseph S. Steinberg

There is at least a five novel series in the eighteen page statement to Leucadia's Stockholders.  The name of the book series is even supplied in the history of the company: Often Wrong But Never In Doubt.

Since the Sam and Jan Jordan Series is going to keep me tied up for the next few years, the Never In Doubt Series is yours if you want it.  Whether you do or do not, join me in wishing Ian and Joseph a happy retirement.